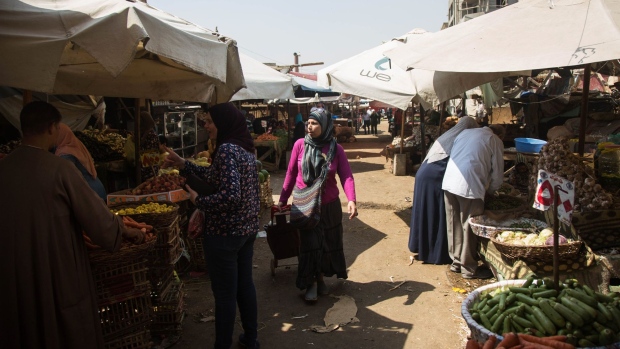 A Purchasing Managers’ Index compiled by S&P Global dropped to 45.4 last month from 47.7 in October, remaining below the 50 mark that separates growth from contraction. It was the second-lowest reading since June 2020.

“Egyptian firms faced an immediate hit to demand from a rapid depreciation of the pound since late October,” David Owen, economist at S&P Global Market Intelligence, said in a report published Monday. That caused output to fall at the sharpest pace since a Covid-19 lockdown in May 2020.

The North African country, which is racing to protect the economy from the fallout of the Russian invasion of Ukraine, devalued its currency for the second time in 2022, helping it secure a rescue package with the International Monetary Fund. Annual inflation exceeded 16% in October.

The currency’s decline “led to a marked increase in prices paid for raw materials, which have already been exacerbated by import restrictions since early-2022,” Owen said. The amount of backlogged orders climbed again as some companies saw new disruption to supply chains, according to the survey.

The survey also found that employment levels increased for the fourth time in five months. There was a mild improvement in optimism about future output, albeit tempered by concerns over inflation, currency weakness and a global economic slowdown.

“While the latest FX move signals a further rise in inflation in November, it is hoped that slowing demand and falling commodity prices will start to alleviate price pressures in the medium- to long-term,” Owen said.