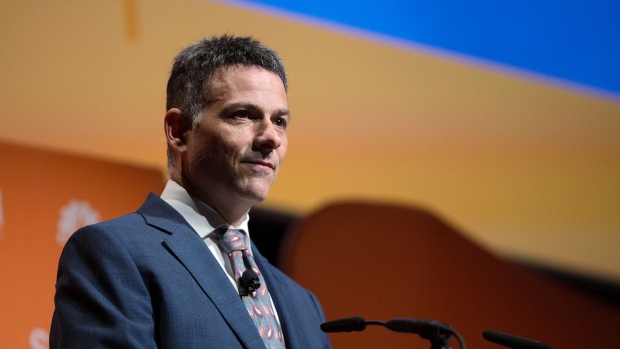 (Bloomberg) -- Hedge fund manager David Einhorn said he bought a stake in Atlas Air Worldwide Holdings Inc. in the second quarter, betting that the cargo carrier will benefit from a shortage of airfreight capacity caused by the coronavirus pandemic.

Passenger planes handled about half the world’s airborne cargo before the pandemic, with most of it on long international flights, the head of Greenlight Capital said. Airlines have parked thousands of jets as travel demand collapses because of the virus, but there’s still strong demand for moving goods. So Atlas Air should benefit, he said.

“Market shipping rates increased by over 100% year-over-year in the second quarter and are expected to remain strong,” Einhorn said in a letter to investors seen by Bloomberg News. As a result, he said, Atlas should “see significant growth in earnings per share in 2020.”

Couriers such as FedEx Corp. and United Parcel Service Inc. have been getting a boost as the pandemic spurs online commerce while prompting demand for large shipments of personal protective equipment. UPS posted its biggest one-day share gain in 20 years last week after easily topping earnings estimates. Amazon.com Inc. posted record profit and a 40% jump in sales.

Greenlight added its Atlas position at an average price of $36.28 a share, Einhorn said. Through Monday, the shares had already risen 47% from that level, giving Einhorn a boost as he tries to reverse an investing loss of almost 18% this year through July.

The Purchase, New York-based company cargo carrier didn’t immediately respond to a request for comment. Atlas operates a fleet of Boeing Co. 747 freighters as well as other jets.

Whether there’s any upside remaining for investors remains to be seen. Atlas offers essentially zero return potential in the next 12 months, based on the average of six analyst estimates compiled by Bloomberg. The company reports earnings on Aug. 6.

The cargo carrier probably benefited during the second quarter from a “spike” in spot freight rates, Helane Becker, an analyst at Cowen & Co., said in a note to clients this week.

Atlas was likely the biggest beneficiary of a surge in UPS charter flights, Becker said. Atlas also has relationships with DHL International and Amazon, Einhorn said.