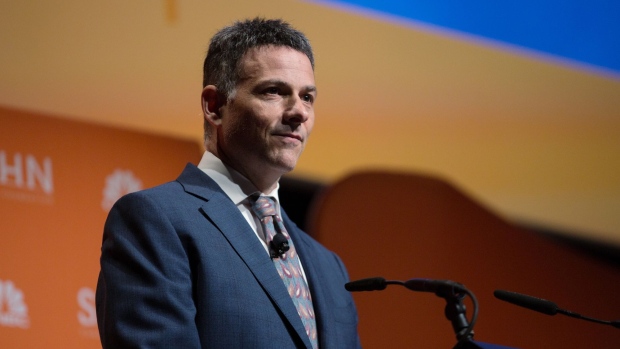 David Einhorn, president and portfolio manager at Greenlight Capital LLC, speaks during the Sohn Investment Conference in New York, U.S., on Monday, May 6, 2019. The conference gathers top investors from around the globe for a day of fresh market insights. , Bloomberg

The advance brings Greenlight Capital’s increase for the year to 20%, according to a person familiar with the matter who asked not to be identified discussing private information. August was more muted at Third Point, where the main fund fell 0.2% in August and is down 20% for the year, according to an investor letter seen by Bloomberg.

Loeb said his firm had taken a “significant stake” in Walt Disney Co., and called for sweeping changes, including new board members and a spinoff of the ESPN sports network. Disney’s stock has fallen almost 10% since Loeb’s Aug. 15 letter.

At Philippe Laffont’s Coatue Management, the hedge fund posted a 0.2% return last month, bringing losses for the year to 17.6%, according to an investor letter seen by Bloomberg.

Representatives for Greenlight and Coatue declined to comment, while a spokesperson for Third Point didn’t respond to a request for comment.

(Updates to include Coatue’s return in sixth paragraph.)