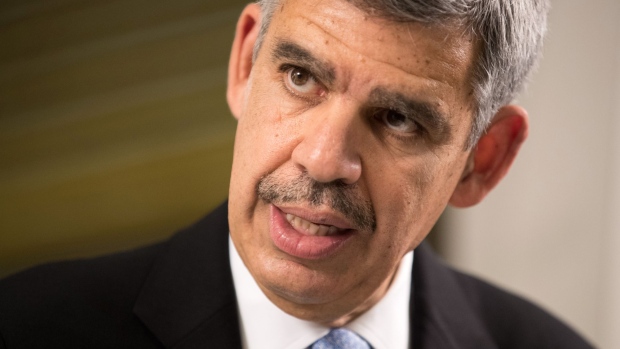 (Bloomberg) -- Allianz SE chief economic adviser Mohamed El-Erian said that aggressive monetary tightening by the Federal Reserve will not only damage the US economy, but will have an impact on the rest of the world.

The rapid pace of interest-rate hikes in response to inflation “is not stepping on the brakes, this is slamming the brakes,” El-Erian said on Bloomberg Television Tuesday, in response to an earlier remark by Bob Michele, chief investment officer of J.P. Morgan Asset Management. Michele had spoken about the ripple effects the Fed’s recent actions could have on the economy.

El-Erian, a frequent Fed critic, said “This is the most front-loaded interest-rate cycle that we have seen in a very long time, and it didn’t need to be this.” The Fed, in September, raised its benchmark federal funds rate by three-quarters of a percentage point for the third time in a row.

Last week’s data showing a strong labor market stamped out expectations of a dovish pivot by the Fed. Sentiment remains bruised after a four-day losing streak erased $1.6 trillion off the value of the S&P 500 Index. All eyes will be on US inflation data, due Thursday, which could make the case for another outsized interest-rate hike if it comes in hotter than expected.

Central banks made the mistake of holding on too long to the notion that inflation would be transitory, El-Erian said. And “when they retired that word from their vocabulary, they didn’t act. They didn’t act in any meaningful way.”

El-Erian also is president of Queens’ College, Cambridge, and a Bloomberg Opinion columnist.