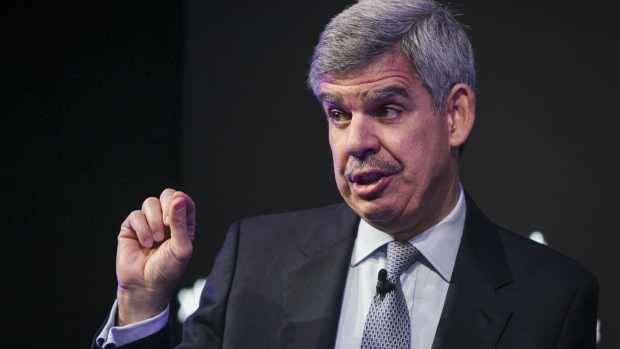 (Bloomberg) -- Markets influencer Mohamed El-Erian says the potential evaporation of liquidity is a big risk to global markets and economies amid signs that capital is becoming more expensive and difficult to acquire.

“The one risk I’m really worried about is liquidity risk,” El-Erian told Bloomberg Television’s The Open on Friday. “We’re starting to see markets locked out of funding. Issuance in June was very low. Companies either were unwilling or unable to refinance themselves.”

The US high-yield bond market, for example, in June saw yields and spreads jump to a two-year high in the biggest monthly loss since the onset of the pandemic in March 2020. Volatility and the rising cost of debt kept borrowers away from the market.

Junk-bond issuance dropped to $25 billion in the last quarter, the lowest second-quarter supply since at least 2006, according to data compiled by Bloomberg. June volume was $10 billion, the slowest for the month since 2010, the data show.

“We need to look at issuance and make sure that that doesn’t freeze up,” El-Erian said.

The Federal Reserve has raised interest rates three times in 2022 and promises further increases to arrest the hottest inflation since the 1980s. El-Erian, the chair of Gramercy Fund Management and chief economic adviser at Allianz SE, says that the central bank likely will stick to its plan, slowing the economy, raising the possibility of a recession and presenting “difficulties companies may face in getting new capital.”

Financial assets worldwide have been pummeled this year as central banks tighten policy to deal with rising prices on goods and services. El-Erian, who is also president of Queens College, Cambridge and a Bloomberg Opinion columnist, sees a “sequential move” in markets from inflation/interest-rate risk earlier this year, to credit risk more recently to possible liquidity risk going forward.

“On my radar screens are three sets of potential -- I want to stress, potential -- liquidity strain,” he said. “One is in peripheral markets that somehow contaminate the main markets. So far crypto hasn’t, so far EM hasn’t. The second part of risk is simply the inability to raise funding at any cost. We’ve seen high yield go through this but high yield is less important than if it migrates up the quality ladder.”

The closely followed bond-market strategist pointed to one other risk, “which I’m surprised people aren’t talking about.”

“We would have expected major rebalancing flows by now to help equities” after a bad second quarter, El Erian said, and wondered whether markets “are being upset by outflows? Or is it that investors are less willing to rebalance in favor of risk assets?”