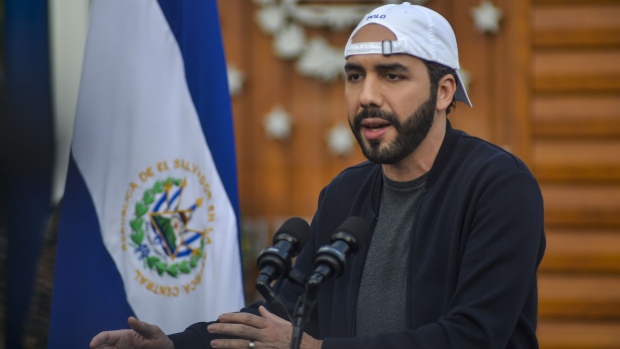 (Bloomberg) -- El Salvador President Nayib Bukele, who’s known to “buy the dip” amid Bitcoin selloffs, didn’t disappoint crypto-enthusiasts on Friday by revealing that the Central American country purchased more of the cryptocurrency as it fell around 11%.

“Some guys are selling really cheap,” he wrote on Twitter, adding that the country had purchased 410 Bitcoin for $15 million.

According to Bukele’s tweets, El Salvador -- which made the cryptocurrency legal tender alongside the U.S. dollar from Sept. 7. -- had bought at least 1,391 Bitcoin before Friday.

Bukele’s announcement was followed by additional declines of the cryptocurrency, with Bitcoin falling below $36,000 for the first time since July in late Friday U.S. trading.