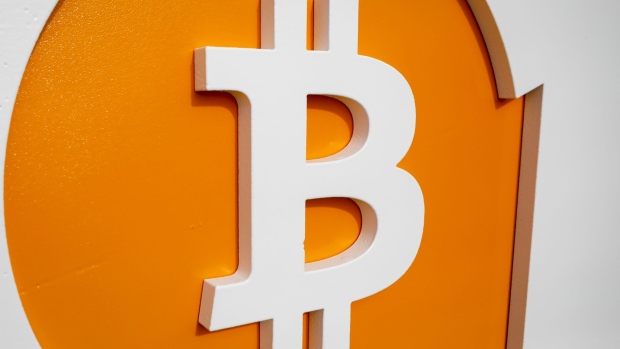 Bitcoin signage during the Bitcoin 2021 conference in Miami, Florida, U.S., on Friday, June 4, 2021. The biggest Bitcoin event in the world brings a sold-out crowd of 12,000 attendees and thousands more to Miami for a two-day conference. Photographer: Eva Marie Uzcategui/Bloomberg , Bloomberg

Bukele, Latin America’s youngest president who’s known to break from the norms, said on Twitter lawmakers approved the legislation by a “supermajority.”

The 39-year-old leader has previously said that Bitcoin could boost the economy, help counter El Salvador’s low banking penetration rate and facilitate faster transfers for $6 billion of remittances a year. The move to make the virtual coin legal tender is a rare slice of good news for the largest cryptocurrency, which is struggling to recover from a rout in May.

El Salvador’s central bank President Douglas Rodriguez said in an interview with state TV on Tuesday that Bitcoin is already used in the country and “it’s not something people need to be afraid of,” while adding it won’t replace the U.S. dollar.

Bitcoin has roughly halved from a mid-April record of almost $65,000, hurt in part by billionaire Elon Musk’s criticism of the amount of energy needed by the servers underpinning it.

Harsher regulatory scrutiny in places such as China has also soured sentiment, and the idea that more mainstream investors will warm to it has taken a knock. But the Bitcoin faithful say these are temporary setbacks and that the virtual currency’s role will expand.

Bitcoin climbed 2.5% to about $34,500 as of 8:05 a.m. in London on Wednesday, reversing earlier losses. The wider Bloomberg Galaxy Crypto Index increased about 3%.