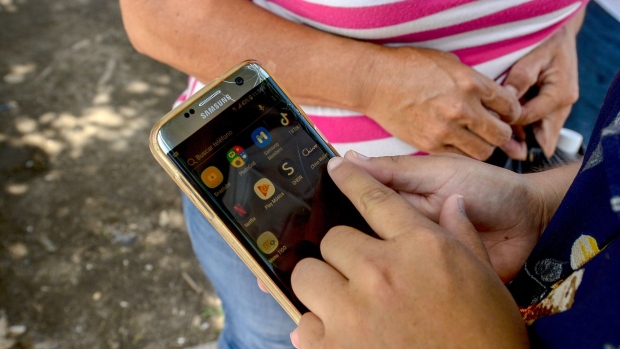 (Bloomberg) -- El Salvador’s digital Bitcoin wallet Chivo removed a pricing feature that allowed users to make rapid profits on trades as it steps up efforts to crack down on speculation involving the world’s biggest cryptocurrency.

The Latin American nation last month became the world’s first country to officially adopt Bitcoin, and the government’s Chivo wallet sparked an avalanche of day trading as citizens bought dips and sold rallies. Chivo last week said it is removing a feature that freezes Bitcoin’s price for one minute before confirming a trade, which gave users time to check pricing on other cryptocurrency exchanges and decide whether to buy or sell, a phenomenon known as scalping.

“Unfortunately many of our users used it for scalping, which is legal, but without the option of having a frozen price,” Chivo said on Twitter. “Doing it with a frozen price, comparing it with other exchanges in real time is a type of fraud.”

El Salvador’s Central Bank chief Douglas Rodriguez said in an interview last week that he expects Bitcoin to lose its reputation as a speculative asset and prove useful as a legitimate payment system supported by Chivo. For their part, users said they have noticed a series of new limits and costs on trading Bitcoin through the application.

The wallet is now restricting trades to one every three minutes, users say, and they assert that the price at which they sell the cryptocurrency is not the price they receive when the transaction is approved. Bitcoin soared to a record of almost $67,000 on Wednesday following the debut of a U.S. ETF tied to the cryptocurrency; it has since declined, dipping below $60,000 over the weekend before regaining some ground.

“It’s become really hard to trade, convert and even guarantee your money in dollars,” said Alexander Sermeño a day trader and consultant in the country’s capital San Salvador.

In his last transaction, Sermeño attempted to sell $108 in Bitcoin, waited 15 minutes for approval and ended up with $105.80 in the dollar column of his Chivo account, he said. Sermeño said he has now heard of differences of as much as $70 in some cases. “It started this past week after changes they made to prevent scalping,” he said.

Chivo and El Salvador’s government didn’t respond to a request for comment.

It is unclear if the price difference is a fee for using the wallet, a spread charged by Chivo or the result of price swings during the three-minute delay, but complaints are piling up, according to Mario Gomez, a Salvadoran programmer who has tracked the rollout of Chivo closely. Gomez said he was arrested by police earlier this year and held for six hours for an alleged car accident he said never happened. The detention came after he publicly criticized Chivo. El Salvador police said at the time that Gomez was being investigated “for crimes of financial fraud.” The police didn’t respond to a request for comment.

“People are upset because it’s supposed to be a conversion to dollars and supposedly once it’s converted, you shouldn’t have to endure the effects of volatility,” Gomez said. “A lot of people perceive it as a fee because the application shows them one amount, and three minutes later they see they have less.”

The changes are the latest in a string of issues with the Chivo wallet that range from stolen identities to malfunctioning ATMs that don’t issue cash after approving a transaction. Critosal, a Salvadoran human rights organization, has collected more than 700 complaints against Chivo. Tracoda, a watchdog group, says there are at least 2,000 cases of stolen identity through the app.

Chivo requires a Salvadoran ID number to register, and some users found their ID number was already in use when they attempted to open an account. In other cases, users downloaded Chivo, which comes preloaded with $30 in Bitcoin, to find they have millions of dollars in their wallet, Gomez said.

“It’s a kind of tragicomedy,” he said. “The application is infested with errors.”

An email sent to Chivo’s customer service center yielded a response saying they were receiving high request volumes and would be slow to answer.

While the government of El Salvador may be intent on seeing Bitcoin become more of a vehicle for buying goods and services and less of a trading chip, its leader isn’t immune to the concept of buying the dip. President Nayib Bukele, an ardent Bitcoin proponent, said the government had bought 700 Bitcoins and asked on Twitter Saturday, “Should we buy the dip? Or is it too small? Come on guys, we need a better discount here!”