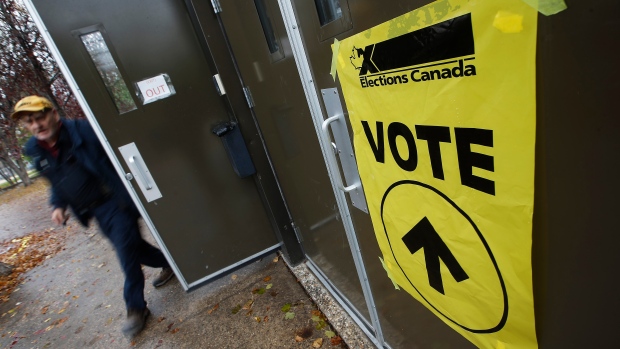 In a preliminary report to Parliament about the Oct. 21 election, Perrault says there was no cyber disruption to services to Canadians or to the administration of the electoral process.

Elections Canada created a social-media monitoring unit devoted to scouring online platforms for disinformation about how, when and where to cast ballots and rooting out websites and social-media accounts that falsely claimed to belong to the independent elections agency.

Perrault says Elections Canada flagged to social media platforms a total of 28 instances of impersonation or inaccurate information that could have interfered with electors' ability to vote.

Thirteen of those posts were removed by the platforms; some of the accounts were determined to be inactive.

Elections Canada continues to work with platforms and websites to seek removal of other information that falsely claims to come from the agency.

"I am pleased to say there were no cybersecurity threats of significance during this election on Elections Canada's infrastructure beyond those faced daily by any federal government organization," Perrault says in a foreword to the report.

The report says some 18.3 million Canadians cast ballots, or 67 per cent of registered voters, down slightly from the 68 per cent turnout in 2015, which was a 20-year high.

It also says Canadians are increasingly choosing to vote in advance polls rather than wait until election day.

While nearly 70 per cent still chose the traditional approach of waiting to cast their ballots at their local polling station on election day, the report says that is "the lowest percentage ever recorded in Canadian federal elections and attests to the rise of the popularity of advance voting."