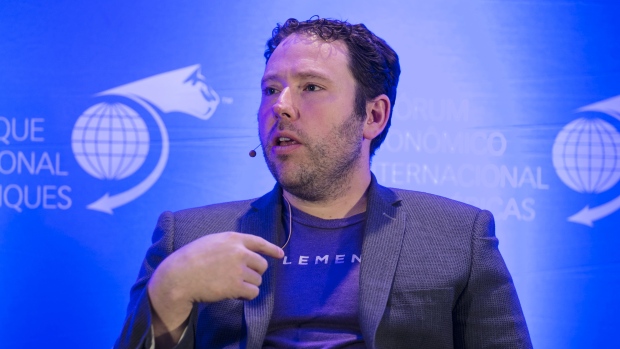 Element AI Inc., a Montreal-based startup that deploys artificial intelligence software within businesses that don’t have experience with the technology, is looking to raise as much as $250 million in a new round of venture-capital funding, according to four sources familiar with the matter.

The people said the Series B financing, if successful, would give Element AI a valuation of $1 billion, placing it among a special class of Canadian startups with valuations north of the billion-dollar mark. It would also be the biggest such venture-capital funding round ever for a startup in Canada and yet another sign of the maturation of the country’s technology sector.

The sources, who spoke on condition of anonymity, said that Element AI hasn’t formally signed any investment deals yet and is still talking to a number of investors and companies. The sources added the financing round is considered to be optional and the company may not sign a deal if it doesn’t get the terms or investors that align with its long-term vision of becoming one of the world’s biggest AI firms. Element AI’s current investors include Intel, Microsoft, and the National Bank of Canada.

An Element AI spokesman said the company declined to comment on its financing plans, adding it has nothing to announce at this time.

Element AI was founded in 2016 by Jean-François Gagné and AI researcher Yoshua Bengio in Montreal and aimed at taking cutting edge AI research and applying it into business operations. In a lengthy feature published by Fortune earlier this month, the company said it is working with the Port of Montreal and Radio Canada and despite its global aspirations, counts just over 10 of the world’s 1,000 biggest companies as its customers.​

It also operates the largest privately-owned artificial intelligence R&D lab in Canada and has approximately 250 staff in Montreal with additional offices in Toronto and London. Element AI raised $135 million a year ago in Series A financing, which was at the time the biggest such round for a Canadian-based AI startup.

One of the people familiar with Element AI’s investment plans said it is unclear whether any investors would agree on the company’s financing terms, describing the valuation it is seeking as “stratospheric for a two-year old Canadian tech company.”

Still, Element AI’s plans have often mirrored the country’s ambitions to become a global leader in the artificial intelligence sector after academics in Toronto, Montreal and Edmonton developed the technology at several Canadian universities over the past four decades. University of Toronto professor Geoffrey Hinton, who works part-time at Alphabet's Google unit, bolstered interest in Canadian AI and machine learning after publishing a seminal work on neural networks in 2012.

Meanwhile, the Canadian government earmarked $125 million in March 2017 to set up artificial intelligence research hubs in Toronto, Montreal and Edmonton, including the Vector Institute in Toronto’s MaRS tech hub.

Element AI’s investment is also likely to give Canada’s total venture-capital investment another shot in the arm this year, after reaching an all-time high of $3.8 billion in 600 deals in 2017, according to the Canadian Venture Capital and Private Equity Association. Canadian startups have received a total of $690 million in the first three months of the year in 139 deals, according to the CVCA data.