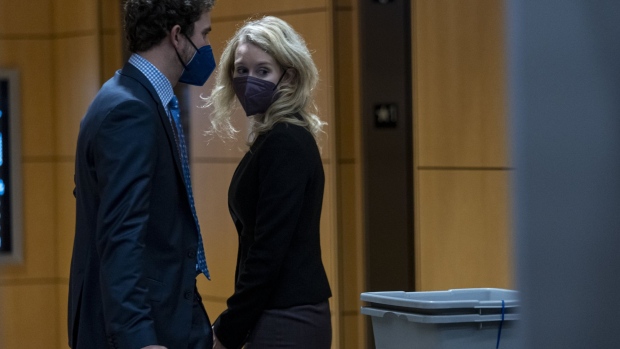 Elizabeth Holmes’s jury convened in the courtroom to listen for more than 30 minutes to an audio recording of the Theranos Inc. founder making a detailed pitch to investors that was played during her trial.

The recording during a 2013 conference call was captured by a Texas investor who testified about it in October. It featured the young entrepreneur touting her company’s extraordinary leaps of technological innovation, a rocketing stock price, and a closing window of investment opportunity.

Bryan Tolbert, an executive of Dallas-based Hall Group, testified two months ago that Holmes was so persuasive on the conference call that he approved increasing his company’s stake in Theranos from US$2 million to US$7 million.

The jurors are in their third full day of deliberations in a San Jose, California, federal court, after hearing three months of trial testimony.

The 37-year-old entrepreneur was charged with fraud and conspiracy in 2018, the same year that her blood-testing startup collapsed after previously reaching a valuation of US$9 billion. Holmes is facing a maximum sentence of 20 years in prison if convicted.