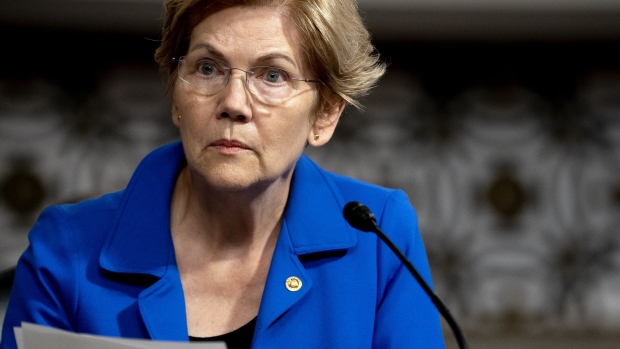 (Bloomberg) -- U.S. Senator Elizabeth Warren is pressing a Bitcoin miner about the impact of its operations on climate change, the local environment and power prices as part of her campaign to crack down on wasteful cryptocurrency mining.

Warren sent the letter to Greenidge Generation Holdings Chief Executive Officer Jeff Kirt on Thursday afternoon. Greenidge, which says it’s the first carbon-neutral Bitcoin miner in the U.S., has one mine in upstate New York and is planning another in South Carolina.

“Given the extraordinarily high energy usage and carbon emissions associated with Bitcoin mining, mining operations at Greenidge and other plants raise concerns about their impacts on the global environment, on local ecosystems, and on consumer electricity costs,” Warren, a Democratic U.S. senator from Massachusetts, wrote in the letter.

This is the first time Warren has pushed a specific Bitcoin mining company for information. Cryptocurrency mining has come under fire for its increasing electricity consumption, which has grown to almost as much as the entire country of Argentina uses.

“We need to better understand how much energy facilities like Greenidge are using, how much they’re emitting into the environment, and what impact they’re having on electricity prices for American consumers,” Warren told Bloomberg News in an email.

Greenidge uses zero- and low-carbon sources of electricity for its mining operations and buys carbon offset credits, the company said on its website. The power plant that provides electricity for its New York mine burns natural gas. The company is controlled by private equity firm Atlas Holdings LLC.