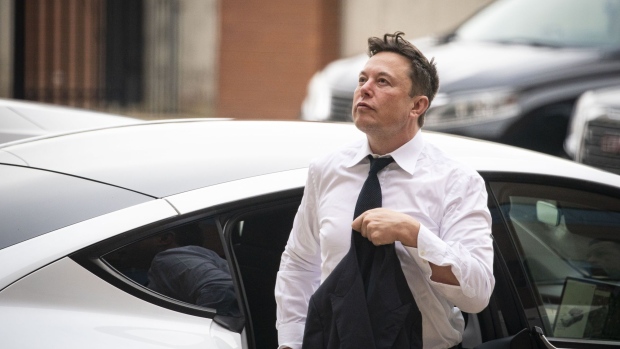 (Bloomberg) -- Elon Musk is getting riled up over a meme poking fun at his obsession with Twitter.

The Tesla Inc. chief tweeted that “Tesla is on my mind” 24/7 after the meme suggested the billionaire is neglecting the EV maker while pursuing his on-again, off-again $44 billion takeover of Twitter Inc.

In the tweet Musk argues that he spends less than 5% of his time on his pursuit of the social media platform, despite a steady stream of tweets in past weeks that have up-ended markets and cast the landmark deal in doubt.

Musk was notably silent on the other issue making the rounds online Thursday: an Insider report that SpaceX -- another of the entrepreneur’s passions -- paid an employee $250,000 to settle a claim she was sexually harassed by Musk in 2016.