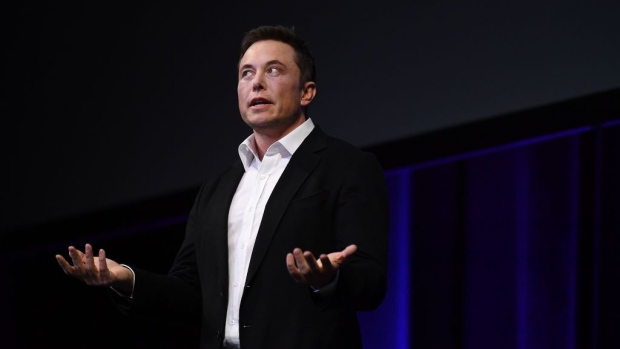 A fight may be brewing over how much Boeing Co. and Elon Musk’s SpaceX charge U.S. taxpayers for their planned shuttle services to the International Space Station.

NASA’s Inspector General revealed this week that the agency had given Boeing an extra US$287.2 million for its work on the commercial crew program, designed to reduce America’s reliance on Russia for trips to the station.

NASA is paying Boeing US$90 million per seat to fly astronauts to the orbiting research lab, a cost that is 39 per cent more than the US$55 million that SpaceX will bill NASA for the same trip aboard its Crew Dragon capsule, according to the IG report released Thursday. The Boeing price is also about US$10 million more per seat than what Russia currently charges.

“This doesn’t seem right,” Musk tweeted in response to an Ars Technica report on the payment. “Meaning not fair that Boeing gets so much more for the same thing.”

SpaceX did not respond to queries Friday on whether it will protest the Boeing payment or seek additional funds. “There is nothing more important to our company than human spaceflight, and we look forward to safely flying NASA astronauts to and from the International Space Station starting early next year,” SpaceX spokesman James Gleeson said in an email Thursday.

Because of delays in the U.S. program, the National Aeronautics and Space Administration is considering paying for two more US$80 million seats on Russia’s Soyuz flights to the station for next fall and in the spring of 2021. To date, NASA has spent US$3.9 billion on Russian shuttles to ferry 70 astronauts.

The US$287.2 million additional funds paid to Boeing were the result of “fair and open negotiations,” Boeing spokesman Joshua Barrett said in an email. Boeing has taken on “significantly more up-front financial risk” in the project, and the payments help ensure NASA has the flexibility it needs for adjusting launch dates, he said.

The space agency believes Boeing’s pricing “represents appropriate value of the missions,” and for U.S. transport options to the station, Ken Bowersox, NASA’s acting associate administrator for human exploration and operations, said in a Nov. 8 response letter to the IG. There is no evidence to support the auditor’s conclusion that Boeing would have been willing to accept less money, he said.

The IG report also said that NASA paid the extra money to keep Boeing as a contractor on the program, and several agency officials “believed that due to financial considerations, Boeing could not continue as a commercial crew provider unless the contractor received the higher prices.”

In an emailed comment Thursday, NASA added to its response, saying the agency “did not base its price on Boeing potentially leaving” the project. Boeing remains “fully committed” to the program and had made “significant investments” for its CST-100 Starliner vehicle, Barrett said.

Boeing is planning its first test flight to the space station on Dec. 17. SpaceX completed its uncrewed test flight in March 2019, and is working to certify its Crew Dragon for human flight in 2020.

As of August, NASA had spent US$5.5 billion for the commercial crew program, which awarded Boeing and SpaceX contracts worth a combined US$6.8 billion in September 2014. Each company is obligated for six NASA flights, carrying an expected 48 total astronauts through 2024. At the time, Boeing’s US$4.2 billion award was already US$1.6 billion more than NASA gave Musk’s smaller company, sums that were based on their bids for the work.

Both companies have experienced delays of more than two years in developing their space vehicles, the IG report noted.

Even after the U.S. shuttles are flying, NASA officials have said they expect to continue using Soyuz seats and to have Russian cosmonauts fly aboard the Boeing and SpaceX craft, depending on the crews’ scheduling needs.