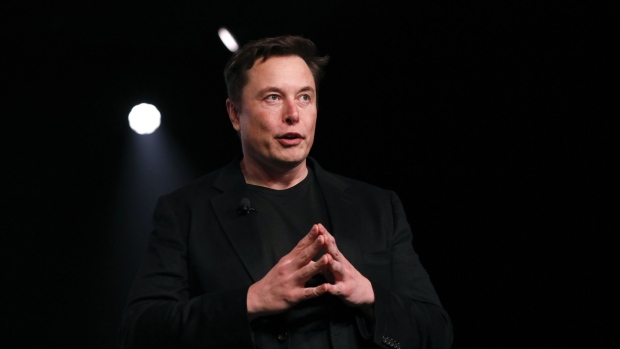 Elon Musk has upped his Twitter game, sending holders of Bitcoin and Tesla Inc. scrambling during another bout of self-reflection.

The world’s richest man helped to send the prices of both tumbling earlier Monday in the wake of his weekend comments that the prices of Bitcoin and smaller rival Ether “do seem high.” The tweet came two weeks after Telsa announced it has added US$1.5 billion in Bitcoin to its balance sheet, triggering a 50 per cent price jump in the already surging digital asset. Both have climbed off the lows of the day.

Tesla holders have been through this before. In May 2020, Musk helped send Tesla shares down by 10 per cent after tweeting that the electric carmaker’s price was “too high.” Tesla shares were trading at around US$140 at that time, on a split-adjusted basis. That downdraft didn’t last long, with the stock closing at US$816.12 on Friday.

While Tesla has disclosed few details, Morningstar analyst David Whiston estimates the company may have bought over 42,000 Bitcoins, assuming a purchase price at the median closing level of the currency in January. That reflected a total worth of about US$2.4 billion on Sunday’s Bitcoin price and of about US$2 billion at Monday’s low.