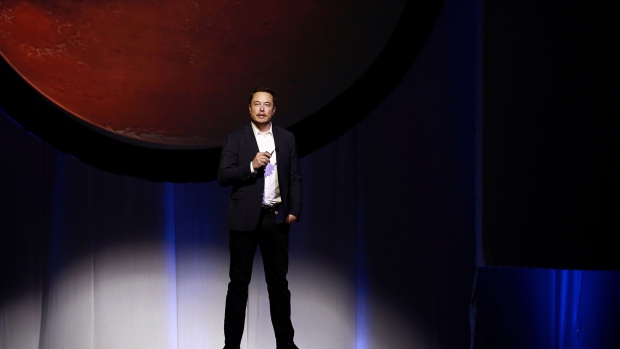 More than half a century after Neil Armstrong took mankind’s giant leap on the moon, another space race is heating up. This time, the promising new frontier for Earthlings is Mars, the planet next door.

A spate of robotic missions to the red planet, including NASA’s Perseverance rover this year and China’s Zhurong this month, have led to the inevitable question: When can humans follow? Unmanned missions over the decades have beamed a trove of information, including the presence of water ice on Mars, fueling expectations a human landing is possible. But how soon? And, are we ready?

NASA wants to send astronauts to Mars, perhaps at some point in the 2030s. The United Arab Emirates -- which now has a spacecraft orbiting the planet -- is promoting a 100-year plan to create a colony there. While China has said sending humans to Mars is its long-term goal, those eager for a taste of Martian life can visit a simulation site in the Gobi desert for now.

The most ambitious of them all is billionaire Elon Musk. The founder of Space Exploration Technologies Corp. wants to send humans this decade, saying in an interview last year that he was confident a crewed mission could take place in 2026. Many scientists, however, warn of too many unanswered questions confronting deep-space travel. Musk has also acknowledged the risks, saying “it’s tough sledding over there.”

Becoming multiplanetary is one of the greatest filters. Only now, 4.5 billion years after Earth formed, is it possible.

How long this window to reach Mars remains open is uncertain. Perhaps a long time, perhaps not.

In case it is the latter, we should act now.

“Honestly, a bunch of people probably will die at the beginning,” the tycoon said in an interview with X Prize Foundation founder Peter Diamandis.

Here are some of the biggest challenges, from surviving cosmic radiation and dust storms to producing oxygen and water:

The Apollo astronauts could fly to the moon in just a few days, but a trip to Mars would take anywhere between six to nine months. With the distance between Mars and Earth varying between 35 million miles and 249 million miles due to their elliptical orbits, there’s only a small window available when the two are ideally aligned for space travel. That makes logistics much trickier.

With lunar exploration, “there’s always the prospect of rescue or provisioning or supply from Earth or from a midway space station,” said Alice Gorman, an associate professor at Flinders University in Adelaide and a member of the advisory council of the Space Industry Association of Australia. “That’s not going to be the case for Mars.”

A long flight would expose humans to one of space travel’s biggest terrors: solar flares. The most powerful type of explosion in the solar system, a flare is the equivalent of 100 million hydrogen bombs. The Earth’s magnetic field can shield astronauts in orbit, but a deep-space traveler hit by such radiation would not be able to survive more than a few days.

“It’s a very gruesome way to die,” said Lewis Dartnell, a professor and specialist in astrobiology in the Department of Life Sciences at the University of Westminster in London. He does research linked to life on Mars.

The Apollo program didn’t address this issue, choosing instead to take the chance that the few days of a lunar mission wouldn’t coincide with a solar event. It would be a different story for multi-month trips to Mars.

Water tanks onboard the spacecraft could act as shields if positioned properly, said Dartnell, so in the event of a flare, travelers could retreat to the spacecraft’s version of a panic room surrounded by water tanks. The problem is detecting activity on the Sun, especially on the side not facing the Earth. “How can we make our space weather prediction good enough that we can give the crew notice?” he said. “We don’t have established capacity to observe the Sun from different angles for tracking solar storms.”

Radiation isn’t just a problem en route. Mars has a much thinner atmosphere than Earth and doesn’t have a global magnetic shield, so humans on the planet’s surface would be at risk of exposure to solar and cosmic radiation. Moreover, the surface itself is largely dust, and massive storms can create dust clouds that block out the Sun, said Nilton Renno, a professor at the University of Michigan whose research interests include astrobiology.

During such a storm, “it’s almost like midnight on the surface of Mars for two months,” Renno said. “If you are there with solar panels for power, you very likely don’t survive. You don’t have enough energy to keep things warm enough.”

One solution would be for humans to use that dust to protect themselves, lining shelters with sandbags filled with Martian soil that could block out radiation, said Joseph Michalski, an associate professor who explores the habitability of Mars at the University of Hong Kong. Humans could also return to their cave-dwelling roots by finding temporary shelter in some of the planet’s many lava tubes, large caverns from ancient times when Mars had volcanic activity.

In “The Martian” -- the 2015 Hollywood blockbuster -- Matt Damon’s stranded astronaut grew potatoes by fertilizing the planet’s soil with his own feces. Elisabeth Hausrath, an associate professor at the University of Nevada, Las Vegas, has more modest farming ambitions. For the past year and a half, NASA has been supporting her research into growing snow algae, a type that’s common in the Nevada desert and other high-altitude, low-nutrient environments on Earth, in conditions mimicking those of Mars.

“They’ve been growing great,” she said. The idea is that the algae could grow in greenhouses made of flexible material similar to that of a space suit. Growing algae in such conditions could not only create a source of food but also produce oxygen. The research is still in its early stages.

Scientists also still need to resolve how humans could get enough water to survive on Mars. The planet does have some sub-surface ice that could be water sources and a future Mars mission will need to use radar to map its distribution, said Victoria Hamilton, a planetary geologist at the Southwest Research Institute in Boulder, Colorado. “Once you know where the ice is, those are locations where you might send humans,” she said.

Unless everyone signs up for a one-way trip, humans traveling to Mars will need to take a rocket back to Earth. Figuring out how to get fuel to power that spacecraft back into space is the biggest technological hurdle would-be Mars explorers face, said Michalski.

“It’s not the case that we would bring the rocket fuel with us,” he said. “It’s just too heavy.”

One solution might be to use the resources on the planet to make fuel by first electrically separating water from sub-surface ice and hydrated rocks, then combining the hydrogen and oxygen to make rocket fuel, said Michalski.

Sooner or later, optimists believe, scientists will solve these problems.

“Today it’s definitely a place where we can’t live,” said Adnan AlRais, Mars 2117 program manager for the UAE’s Mohammed Bin Rashid Space Center. “But as we develop science and technologies, the answer might be different in 50 to 100 years from now.”