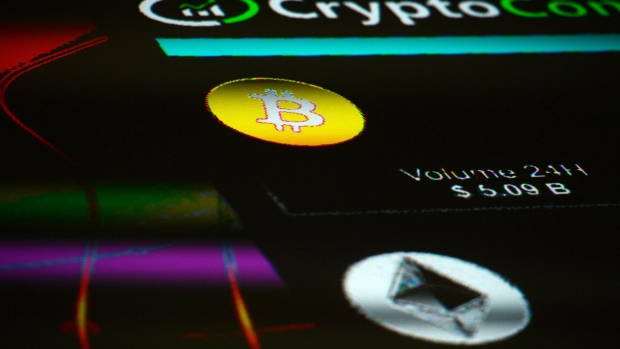 The symbols for Bitcoin and Ethereum cryptocurrency sit displayed on a screen. Photographer: Mary Turner/Bloomberg , Bloomberg

He was replying to a tweet by Peter Schiff -- a cryptocurrency skeptic and noted gold bug -- who said the precious metal is better than Bitcoin and fiat money.

“Money is just data that allows us to avoid the inconvenience of barter,” Musk tweeted. In a post following that, he added, “that said, BTC & ETH do seem high lol.”

Ethereum reached a high of $2,041, according to Bitstamp, hitting a record for the third straight day. It has risen more than 170% this year.