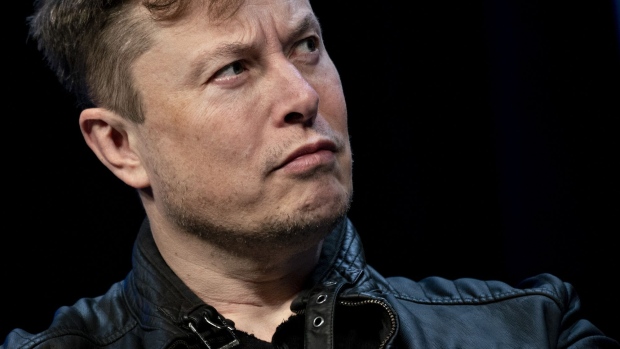 Elon Musk, founder of SpaceX and chief executive officer of Tesla Inc., listens during a discussion at the Satellite 2020 Conference in Washington, D.C., U.S., on Monday, March 9, 2020. The event comprises important topics facing both satellite industry and end-users, and brings together a diverse group of thought leaders to share their knowledge. , Bloomberg

(Bloomberg) -- Elon Musk, who recently moved from California to Texas, seems to be embracing some of the politics of his new home as he says he will vote Republican.

Earlier in the week, he had suggested he might vote Republican in upcoming elections and that the Trump administration had officials who accomplished more while the Biden administration “doesn’t get a lot done.”

Musk has donated to candidates and political committees of both parties, but his giving has leaned more to Republicans in the past year. He’s has used his massive Twitter following to attack Democratic lawmakers, including Senate Finance Chairman Ron Wyden, Senator Elizabeth Warren or Alexandra Ocasio-Cortez, all of whom have advocated higher taxes on billionaires.