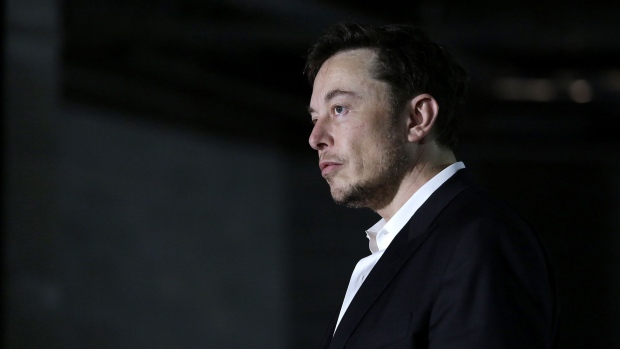 (Bloomberg) -- Elon Musk is in talks to raise enough equity and preferred financing for his proposed buyout of Twitter Inc. to negate the need for a $6.25 billion margin loan linked to his Tesla Inc. shares, according to people with knowledge of the matter.

The billionaire’s advisers, led by Morgan Stanley, have begun soliciting interest from potential investors for as much as $6 billion in preferred equity financing, the people said, asking not to be named discussing a private transaction.

Musk had originally teed up a $12.5 billion margin loan. However, that loan was halved to $6.25 billion after he said last week that he secured $7.1 billion in equity commitments from investors including Larry Ellison, Sequoia Capital, Qatar Holding and Saudi Prince Alwaleed bin Talal, with the latter rolling his Twitter stock into the deal. Since then, he’s received commitments for another $1 billion in equity, and is in talk for more, one of the people said.

That, on top of the preferred financing, would be enough to eliminate the margin loan, cutting the risk of the buyout for both Musk and his lenders. It would also alleviate pressure on Tesla’s stock, which has tumbled more than 25% since the company’s chief executive officer announced his desire to buy Twitter, stoking concerns among investors that he may further whittle down his stake in the electric-vehicle maker.

The preferred equity may have a 20-year maturity and include a feature that allows interest to be paid in kind at a rate of 14%, the people said, asking not to be named discussing a private transaction. That interest rate would be increased by 75 basis points in the seventh, eight and ninth year, they added. The financing may alternatively be structured with a 10% interest rate and warrants, one of the people said.

Terms and size of the financing aren’t finalized and could change. Musk can block any transfers of the preferred equity, some of the people said.

Musk is the world’s richest person with a net worth of $216.2 billion, according to the Bloomberg Billionaires Index, though much of that fortune is illiquid.