A two-word app recommendation from Elon Musk has turned into a massive rally in the shares of a tiny medical device company in another case of mistaken identity.

“Use Signal,” the Tesla Inc. chief executive officer wrote on Twitter on Jan. 7, apparently referring to the encrypted messaging service. By the end of the day, Signal Advance Inc. shares had surged more than sixfold. That was enough to push Signal Advance’s rally more than 5,100 per cent in three trading days giving it a market valuation of US$390 million.

Despite reports about the confusion on Friday, the stock has continued to rally. Shares of the Rosharon, Texas-based company surged as much as 885 per cent on Monday before paring the gains.

“We strongly recommend people do their due diligence and always invest with care,” the company’s chief executive officer, Dr. Chris Hymel, said when reached by phone on Monday. Signal Advance doesn’t have an association with Musk or the Signal app, he said.

Signal Advance hasn’t filed an annual report with the Securities and Exchange Commission since 2019. The company had no revenue from 2014 to 2016, according to the filing. 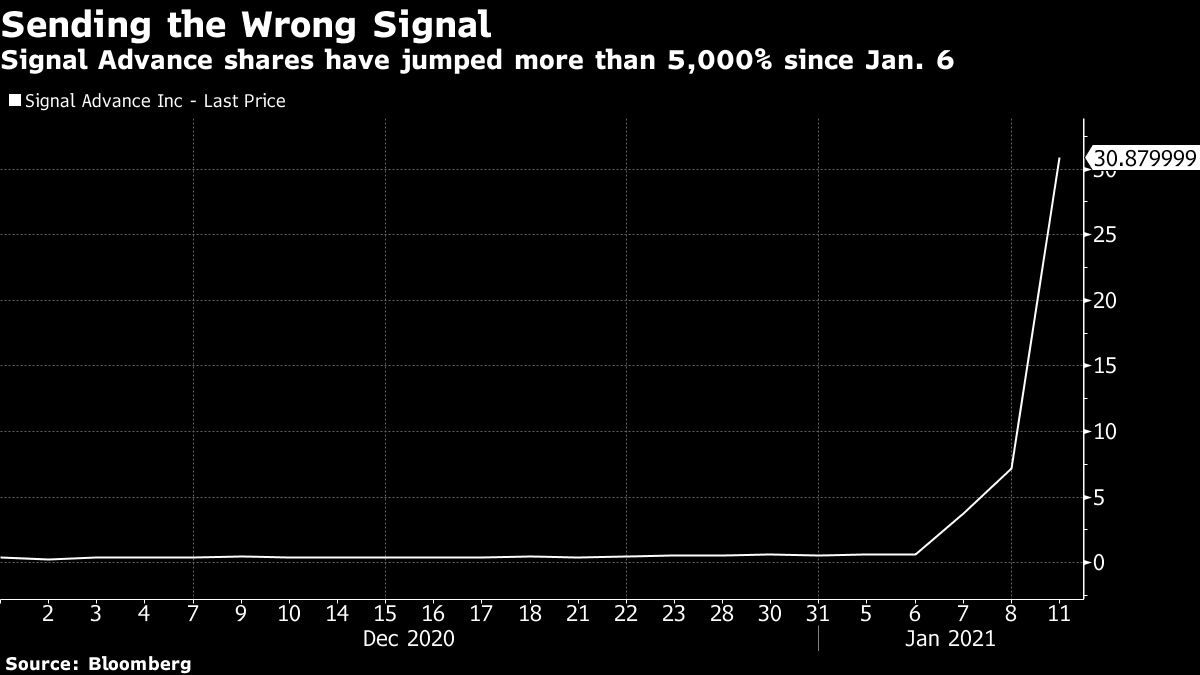 The misunderstanding is the latest example of ticker mixup. The popularity of Zoom Video Communications Inc. in recent years resulted in brief surges in the shares of Zoom Technologies Inc., after traders confused its ticker symbol ZOOM with that of the video-conferencing company. Zoom Technologies, a Beijing-based maker of mobile phone components, later changed its ticker to ZTNO.

The other Signal is a closely held not-for-profit organization with a messaging service that’s similar to Facebook Inc.’s WhatsApp.

In response to a comment on Twitter, Musk said he donated to Signal a year ago and plans to give more in the future.

--With assistance from Bailey Lipschultz.