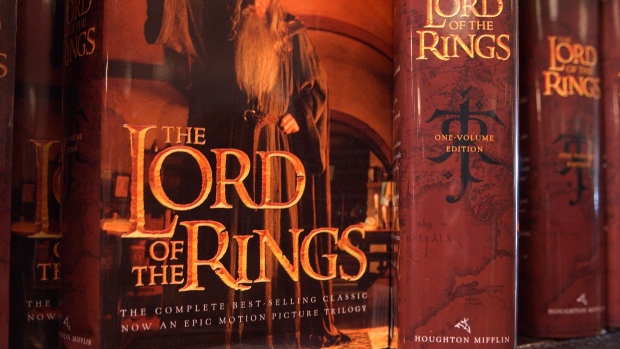 (Bloomberg) -- Embracer Group AB, one of Europe’s biggest gaming firms, ramped up its acquisition pace after striking deals for six companies including the intellectual property rights for “The Lord of the Rings” Trilogy and “The Hobbit.”

“Gaming is the best way to monetize IPs in the long term but not necessarily the most efficient way to create new IPs,” Embracer’s chief executive, Lars Wingefors, said in an interview following the group’s second-quarter report.

The CEO says the acquisition of Middle-earth Enterprises “enables many companies within the group to work on IPs we control over the long term” and it will now join Embracer’s existing catalogue of more than 800 owned and controlled IPs.

Gaming companies such as Embracer are increasingly focused on IP as a way to generate sales from the mass appeal of characters and stories that have already drawn big audiences. Embracer’s IP of J.R.R Tolkien’s famed trilogy also contains the film rights, giving them a financial interest in upcoming projects such as the Amazon series “The Lord of the Rings: Rings of Power.”

Karlstad-based Embracer, which is seen as a so-called serial acquirer due to an aggressive growth strategy, also announced the creation of its 11th operating group, Freemode, where several of the new acquisitions will be housed. Freemode’s businesses “are more niche” and will include a focus on retro gaming, Wingefors said, pointing to newly acquired Limited Run Games--the “leading nerd retro-gaming publisher” on the market.

Embracer’s shares fell as much as 7% in early trading following the release of the report, but were quoted 1.8% down at 2:30 p.m. Stockholm time. Wingefors attributes the slow quarter to the company having “no significant new releases” compared to the same period a year ago. However, the CEO says he has high expectations for the rest of 2022 with “a good number of titles coming up.”