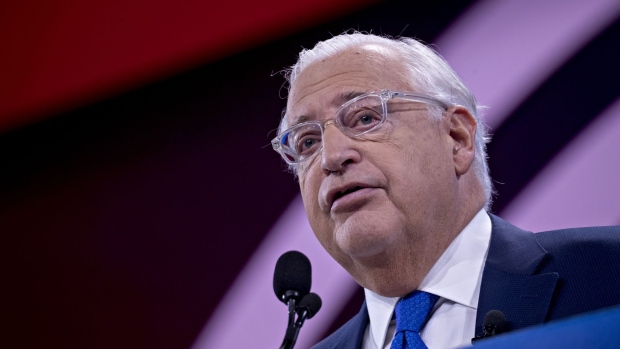 David Friedman, U.S. ambassador to Israel, speaks during the AIPAC policy conference in Washington, D.C., U.S., on Tuesday, March 26, 2019. The pro-Israel lobbying groups three-day meeting in Washington kicked off Sunday and features speeches from Vice President Mike Pence, Secretary of State Michael Pompeo, and the Democratic and Republican leaders of the House and Senate, as well as Israeli officials. , Bloomberg

The Israeli government would be better off courting infrastructure investment from the United Arab Emirates than China, the U.S. ambassador to Israel said, hours before the two Middle East nations sign a landmark accord.

“It’s better capital, safer capital,” envoy David Friedman told Bloomberg TV on Tuesday. “I think it’s a great opportunity for Israel to maintain the sources of capital it needs without putting itself, its security or frankly, our security at risk.”

Israel, like other countries, is under intense pressure from the U.S. to steer clear of Chinese investment in sensitive areas of its economy.

Israeli and UAE officials have predicted the first accord between Israel and a Gulf nation, to be signed later Tuesday at the White House, will pave the way to significant bilateral investment and commerce.

There are signs that could include investment in strategic Israeli infrastructure. Finance Minister Israel Katz said a UAE port operator is interested in bidding to buy a port in the country’s north.