It's going to be a neutral deposit for offices over the next 5 years: Dream Office REIT CEO

Once the initial shock of working from home at the onset of pandemic wore off, it became a game-changer for many Canadians who quickly realized a morning commute from the bedroom to a home office is much more enjoyable and cost effective than traffic jams and crowded transit rides.

Spending more time at home also allowed many people to narrow in on what was truly important to them in a home: more space.

“Why the heck are we living in this shoebox?"

Erinn Bourassa, a family wills and estate lawyer, and her partner Tony found themselves working from their roughly 675-square-foot rental apartment in Toronto during the pandemic and quickly realized that they needed more room.

They ended up buying a cottage near Lake Simcoe, about an hour drive north of Toronto, and moved in June 2020.

She said the price was “dirt cheap” at $330,000 – and the mortgage payment was cheaper than what they were paying in rent for their apartment.

“When it started to look like working from home was going to be more long term, we asked ourselves why the heck are we living in this shoebox in the middle of downtown when we could see what else is out there,” she said in a phone interview.

Remote work capabilities have opened up new living possibilities for many Canadians; and suddenly, small towns across the country have found themselves engulfed in a housing boom usually reserved for major cities.

I'm going to change the Einstein definition of insanity to this: when home prices in North Bay, Ontario begin to look like a dotcom stock in 1999. There's a whole lot of pain, globally speaking, if (when) this housing bubble bursts. pic.twitter.com/NTR4H2Z7WT

Data from the Toronto Regional Real Estate Board show detached home sales in the suburbs, or the 905 area code as locals refer to it, outpaced sales in Toronto in all but two months since June 2020. 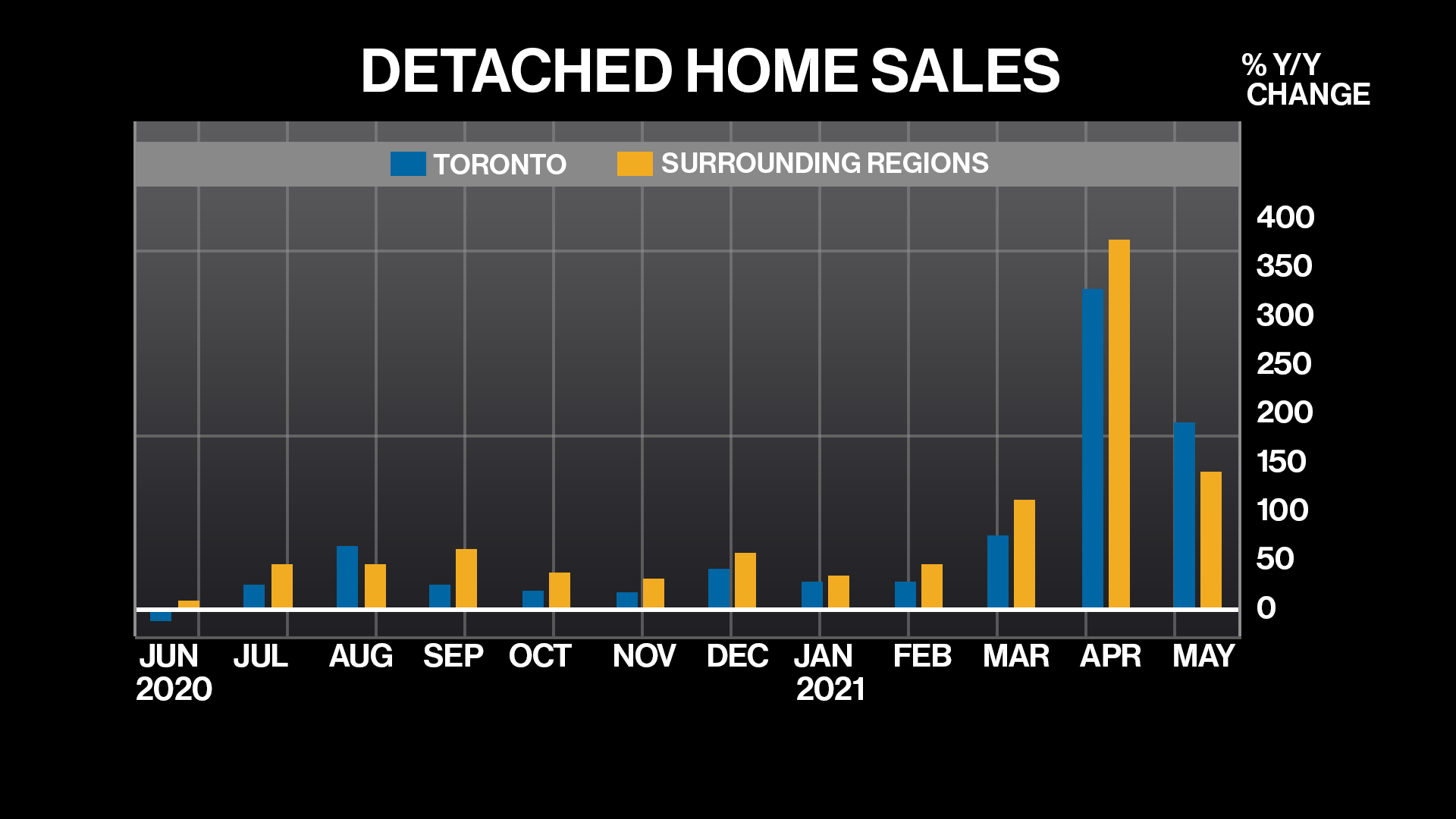 BRACING FOR BACK TO WORK

Now, with vaccination rates accelerating across the country and economic reopenings on the horizon or already underway in some provinces, those who moved out of urban cores might have to start commuting back into city for all or some of the work week.

Finance manager Miguel Bolivar says he and his partner don’t regret their decision to leave Toronto and move to Hamilton, Ont. in December after being priced out of the Toronto housing market.

“When I got my first corporate job in 2015, I was commuting from Hamilton to Toronto every day and it was brutal,” he wrote in an email. “But now that I’m expecting to commute two or three times a week and I own a home, it’s definitely worth it!” 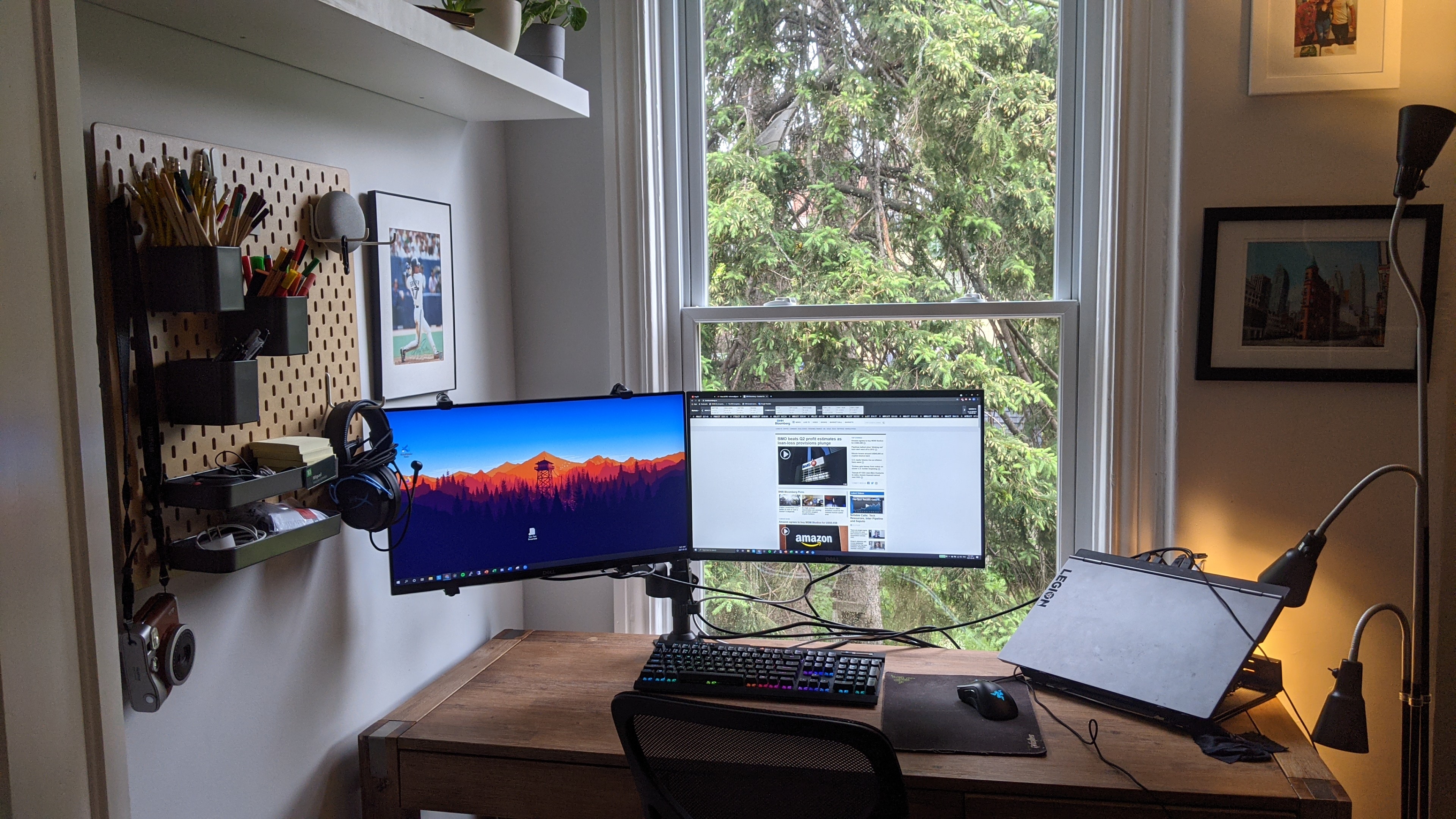 Bourassa says she knew there would be an eventual return to the office, so she sat down with her employer to discuss what the in-office expectations would be post-pandemic before she purchased the home up north.

“Luckily, my employer is very easy going and supportive, and they’re happy with me coming downtown two to three days a week. I don’t feel a lot of pressure to come in. I think it’s a good balance – I can work from home and work in the office. Commuting a couple days a week is not so bad for me.” 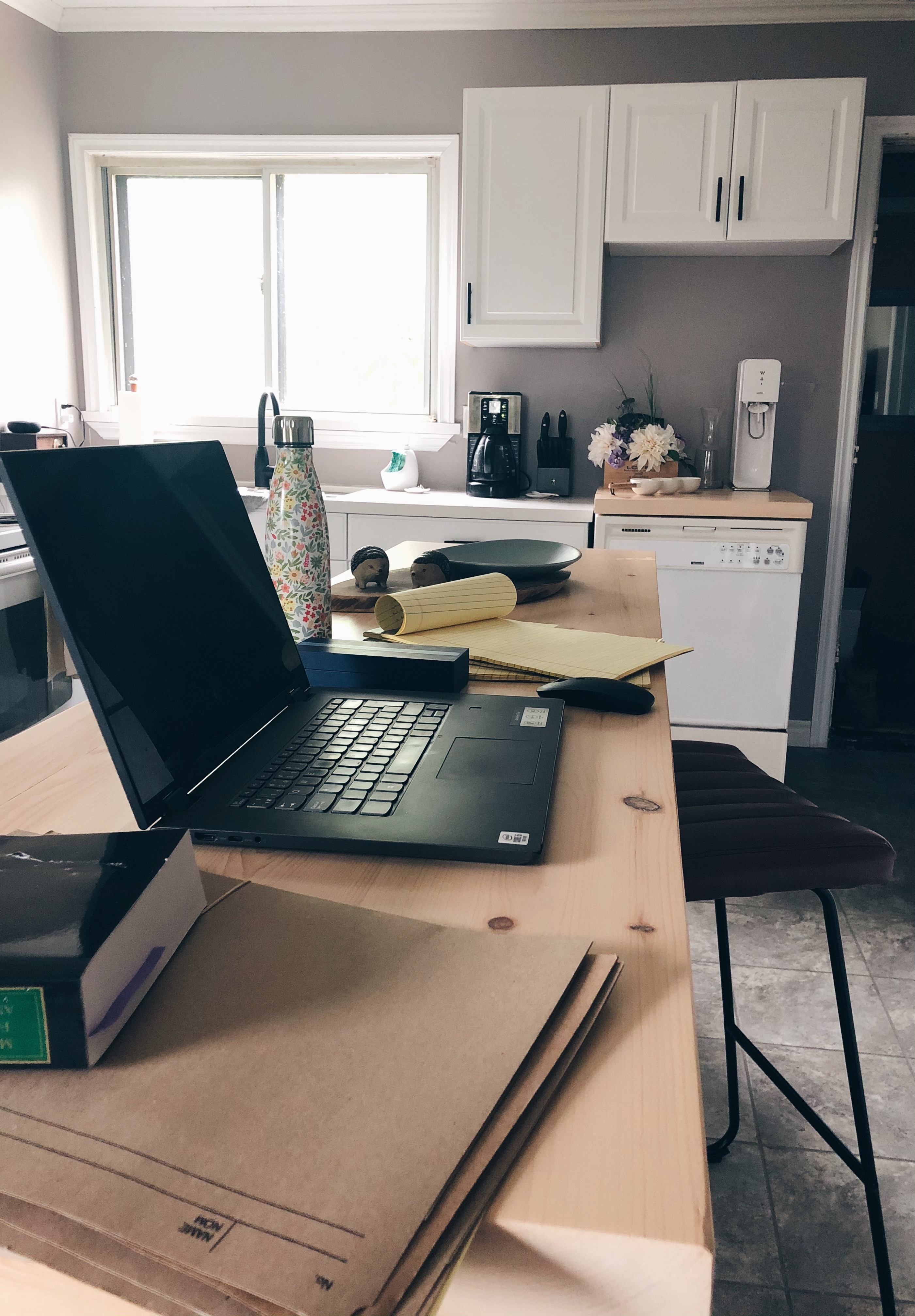 A recent poll by Leger and the Association for Canadian Studies found eight in ten respondents said their work-from-home experience was very or somewhat positive. It also found only one fifth wanted to return to the office on a full-time basis.

Employers who choose to shift to a hybrid model have many considerations including how to balance being flexible while ensuring the fabric of their workforce remains strong and dynamic.

Michael Cooper, the chief executive of office space provider Dream Office Real Estate Investment Trust, told BNN Bloomberg last month that most of his company’s tenants are maintaining or renewing their leases and that the majority of the conversations business leaders are having with Dream Office are transitional in nature for employees’ return to the office.

Like Bolivar, human resources supervisor Cassandra Twyne began working remotely full-time from her Toronto east-end apartment during the pandemic and bought a house in Hamilton earlier this year.

She understood the risks she was taking if her employer wanted to call her back into her Toronto-based office full-time, and made sure that she’d be able to work from home in a hybrid model in the future.

“If I was going to be moving that far away, I wouldn’t be going into the office five days a week. It’s not an option for me. I would go mental trying to work in the office. It’s a four-hour commute,” she said. “That’s a lot of time every week.” 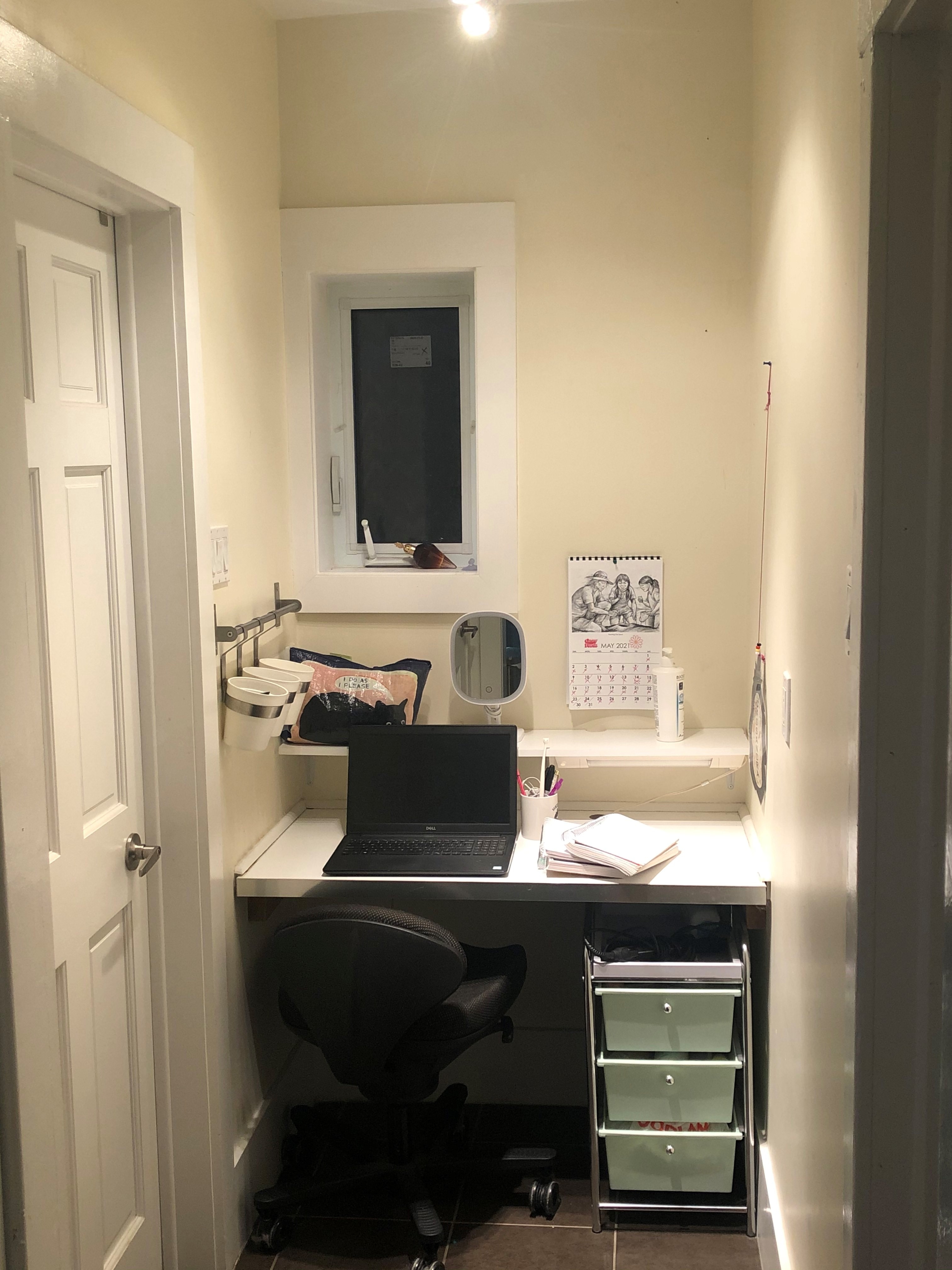 A mandated full-time return to the office means she’d leave her current position.

“As long as I’m living in Hamilton and working in Toronto I would need some sort of hybrid or else I’d be forced to find something else,” she said.

“I’d either find something local or find another job that has the flexibility of working from home. I know that’s a reality for me because I’ve seen job postings,” Twyne added. “The first question I’ll ask anyone is, ‘Does this have work-from-home capabilities?’, because that’s a reality of the decision I made in moving so far away.”

Meanwhile, Bolivar believes the ability to work from home at least some of the time will become the norm for most companies post-pandemic.

For Bourassa, she’s enjoying the new reality of her work and living situation.

“I’m so accustomed to the flexibility of this new world, I think I’d be less attracted to working for a company that didn’t have a work-from-home capability,” she said. “Overall, I love [my home] and feel happier overall because of how much time we spend in nature and our proximity to the lake.”