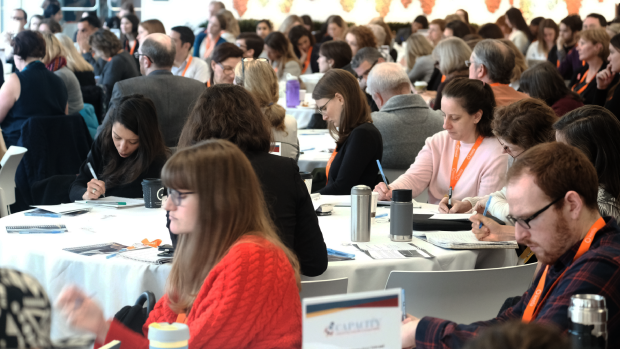 Nejeed Kassam, CEO and Founder of Keela, has been making an impact in the non-profit sector since he was a kid volunteer going door to door. He has always been a part of the sector, interested in community building and helping others.

A few years ago, he found himself volunteering at a non-profit while practicing corporate law in Toronto. Frustrated by the non-profit's lack of administrative processes and effective software, Nejeed was inspired to build a better system.

That’s when the idea for Keela was born.

Vancouver-based Keela develops software for non-profits that is quick to learn and easy to use. Their team has spent years in the non-profit sector and draws from their collective experience, extensive research, and Kassam’s own work for non-profits, to create a comprehensive platform.

The result of that work is an end-to-end solution for non-profits’ management needs that provides the ability to manage projects, contacts, email marketing, and donations all in one package. It’s also affordable.

"Technology isn't a luxury, it's a necessity and small organizations cannot be left behind because without it, they will die, fall apart, and not work effectively," says Kassam.

Kassam states, "We've seen organizations grow their donor bases, spend less time on administration, and understand their stakeholders better because they're able to map them."

Issuing receipts for online donations through Keela, for example, is done automatically. At the same time, the platform captures data that can be used to help an organization understand donor motivation and engage donors in future conversations.

"It's about getting time and money back. If you can save 10 hours a month or 150 hours a year on tax receipts, what you can do with that as an organization is incredible," says Kassam.

Having that sort of technological package is a game-changer, says Leigh Schumann. As Principal of Fawkes and Holly, fundraising consultants who work in the non-profit sector, Schumann has seen the philanthropic experience become much more tied to technology­. When her clients need help on the tech side, Fawkes and Holly recommends Keela.

"Keela is one of those tools that can help facilitate that really well," says Schumann.

"Keela can help people give to organizations in a really seamless way online and through their phones or on a tablet or computer, so it's a great tool to help charities address that shift in how people are giving and how people are interacting with charities."

Schumann has seen many of her clients’ organizations transformed by Keela's platform and put on a more stable footing as a result.

Some organizations were housing information in spreadsheets, making it hard to understand donor behaviour patterns. “By transitioning them over to Keela, it has allowed them to be a lot more strategic in their decision making around how to approach their donors," says Schumann.

"It's really neat to see someone — especially someone who is local — having such a big impact on charities."

Since its incorporation in 2013, Keela has grown exponentially. They’ve grown from a team of six to 16 people, and today, empower hundreds of non-profit organizations across Canada and the US.

“Not only are our clients happy and our products getting better, which is what I care about, but our investors like the fact that people think we are doing okay, which is exciting. We have a phenomenal team that works their tails off and I am really blessed to be part of that.”

The company is one of only 210 certified B Corporations in Canada. To become certified, for-profit companies must prove that they're not only founded on principles of shared and sustainable prosperity for all, but that they've implemented those values throughout their employment practices.

For Keela, this has translated into increasing the number of visible minorities and women in the room and providing a supportive environment for their staff. That value-aligned mandate is also part of their commitment to supporting the positive impact of their clients.

"We thought it was important to show that our social goods bona fides go through that certification to say we don't just talk the talk, we also walk the walk," says Kassam.

"We have this hashtag that we use on our social media," says Kassam. "You can do good, but you can also #dogoodbetter. That's really what our focus is."