Enbridge will apportion space on a segment of its Mainline system by the most since November last year, the Calgary-based company said in a statement Friday. Apportionment is when shippers reduce volume when they see too much demand on a system, and has contributed to a glut of supply in the past as producers are left with the excess.

Pipeline apportionment has previously led to large discounts for Canada’s crude oil and now threatens already-weak oil prices. The discount for Canadian heavy crude is almost US$30 in Alberta, close to the widest since 2018, amid releases of high-sulfur oil from U.S. strategic petroleum reserves and high natural gas prices making Canadian oil expensive to refine.

The rise in apportionment signals that export lines may be filling up again amid record oil production in the province and rising demand for Canadian crude on the U.S. Gulf Coast. 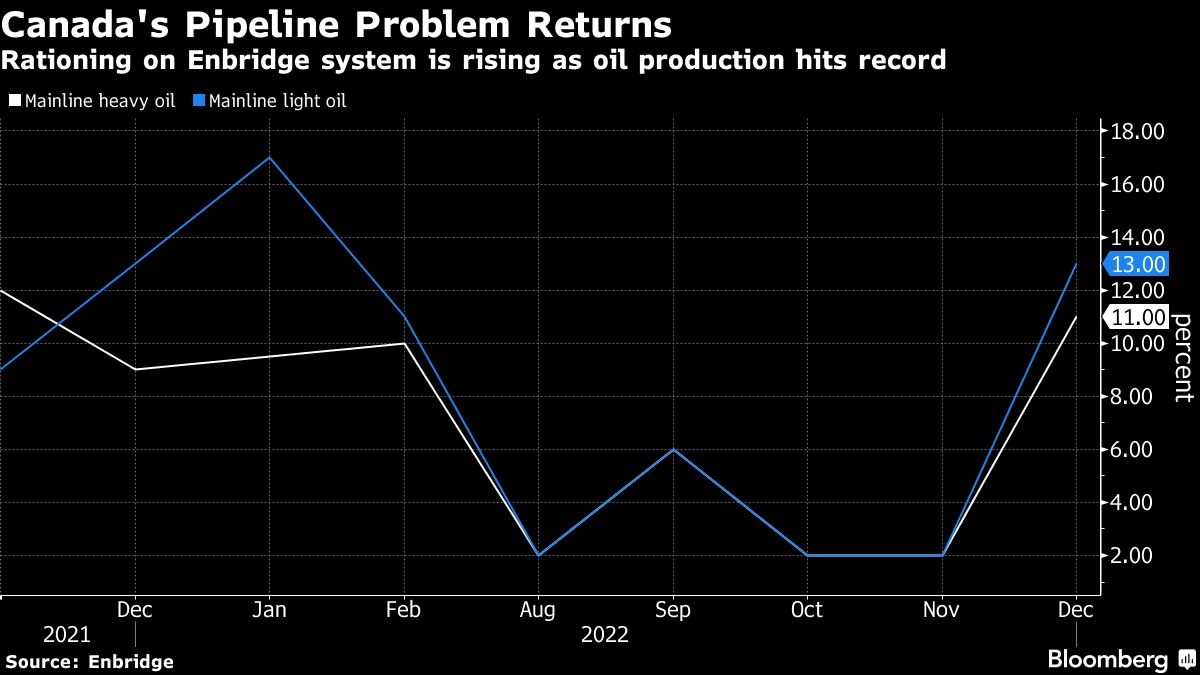