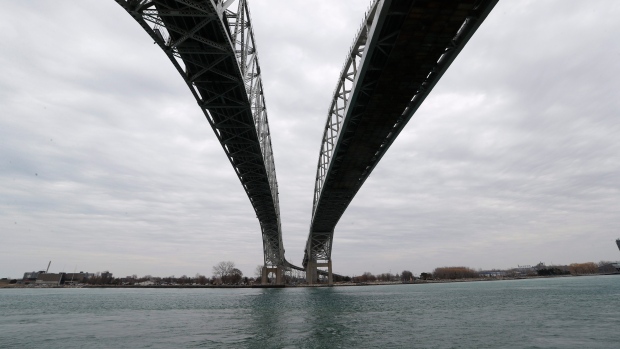 Alberta-based Enbridge says it has reopened a branch of pipeline beneath the water separating two Great Lakes after an inspection revealed no damage, but another parallel branch of the line remains closed due to shifting observed in its anchor assembly.

The company has also responded to Michigan Gov. Gretchen Whitmer's call for proof that the damage to the anchor assembly on one of the dual pipelines under the Straits of Mackinac will not pose a threat to the area.

In a letter to Whitmer on Saturday, Enbridge president and CEO Al Monaco says the company shares the governor's "commitment to keeping the Great Lakes safe" and is forwarding information about the incident on Line 5 with U.S. pipeline regulators and the state.

Enbridge closed Line 5 on Thursday after discovering that an anchor support on the eastern branch, which runs parallel to the western branch under the strait that connects Lake Michigan and Lake Huron, had shifted from its original position.

Enbridge says in a statement that it has reopened the western branch after a remote operated vehicle inspection revealed no issues or damage to the anchor structures or pipeline on that section.