One of the largest Encana Corp. shareholders says the oil and natural gas producer’s plan to move to the U.S. is “highly discriminatory” against Canadian investors.

Letko, Brosseau & Associates Inc., which has a stake of about four per cent, will vote against Encana’s plan to relocate to the U.S., the investor said Tuesday in a statement. The Montreal-based firm says the move would force investors holding the shares through indexed Canadian funds or Canadian-only investment policies to sell the stock, likely at a loss given where the shares are now trading.

“This is an example of very poor corporate governance,” co-founder Peter Letko said in an interview. “The company is openly discriminating against certain types of shareholders.”

Encana’s announcement of the planned U.S. move last month ratcheted up the gloom enveloping the Canadian oil industry and heightened anxieties about losing major domestic companies. Letko Brosseau is so far the only investor to publicly oppose Encana’s plan, but its strongly worded statement may encourage others to break cover. The attempt to keep Encana in Canada may act as a warning shot to other companies considering pulling up stakes.

Over 70 per cent of Encana’s shareholders are in the U.S., while 21 per cent are in Canada, according to data compiled by Bloomberg.

“We do not believe that our Canadian investors will be forced to sell beyond the Canadian indices,” Encana said in a statement, adding it was disappointed by Letko’s remarks. “We want to expose our company and all its stockholders to increasingly larger pools of investment in U.S. index funds and passively managed accounts.” 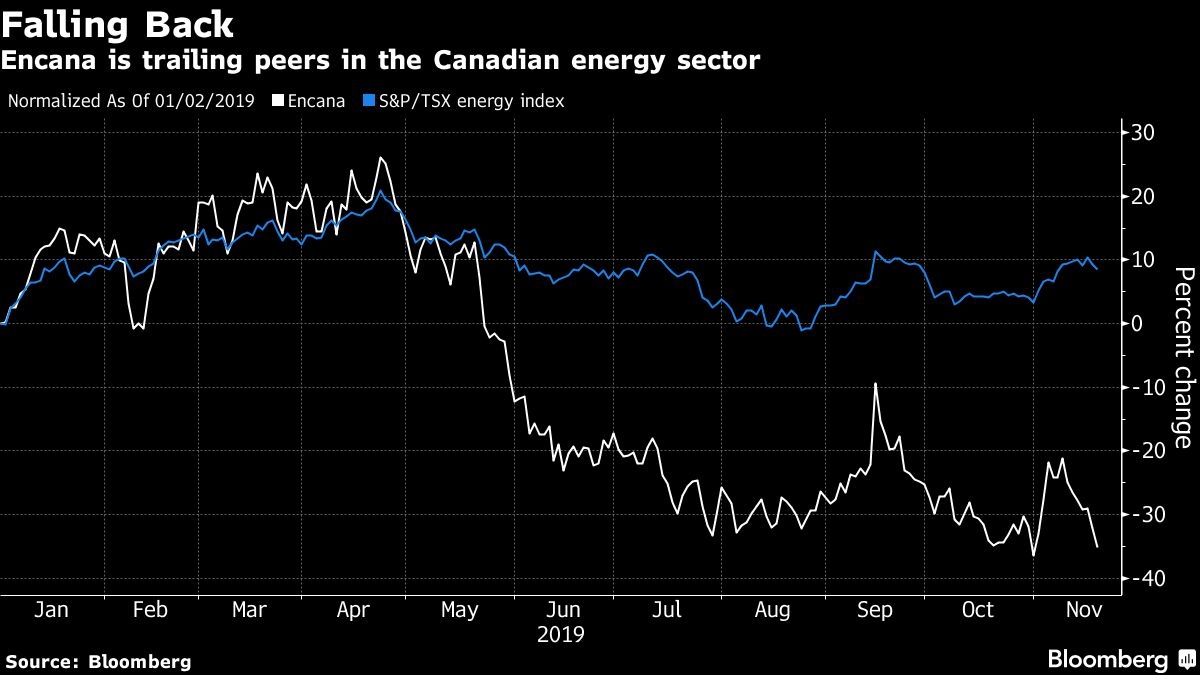 The oil producer reiterated its expectation that the move will create US$1 billion of additional demand for its shares.

Less than 10 per cent of Encana’s stock is owned by passive accounts, compared with the 30 per cent average for its U.S. peers, the company said when it first announced the plan.

Encana didn’t consult Letko Brosseau, the driller’s fourth-largest shareholder, before announcing the plan. While Letko declined to say what else his firm may do to oppose the move, he characterized Tuesday’s statement as a “first step.” Encana’s plan requires the approval of two-thirds of the company’s shareholders.

The move also was seen as the culmination of a long-term strategy by Chief Executive Officer Doug Suttles, a Texan, to shift the company’s focus to the south. After taking the reins in 2013, Suttles soon set about selling Canadian assets and building a major position in the U.S. through acquisitions. Suttles himself has already left Canada, moving in March of last year to Denver, where the company’s new headquarters will be located.

Letko says Encana’s explanation for the move was light on any strategic, business or tax advantages the company may garner from the relocation.

“It’s clear that wasn’t very much on their minds,” Letko said. “What might have been more on their minds was a short bike ride for their president to go to the office.”

Encana’s investors have reason to be grumpy with the stock’s performance. The shares are down 48 per cent over the past 12 months, compared with the little-changed performance of the S&P/TSX energy index. One of Letko Brosseau’s arguments is that the timing of Encana’s move would force some investors to sell the shares at a steep loss.