Shares of Encana Corporation were trading down sharply Thursday after the company announced it will acquire U.S. oil and gas producer Newfield Exploration Company in an all-stock deal valued at US$5.5 billion.

Encana also said it intends to raise its dividend by 25 per cent and expand its share buyback program to $1.5 billion after the transaction closes.

“This strategic combination advances our strategy and is immediately accretive to our five-year plan,” said Encana President and CEO Doug Suttles in a release.

“Our track record of consistent execution gives us confidence to accelerate and increase shareholder returns.”

“We strongly believe that the synergies between these two organizations will create a dominant diversified resource player that is positioned to drive future value,” Newfield president and CEO Lee Boothby said in a release.

News of the acquisition came as Encana, which keeps its books in U.S. dollars, reported a profit of US$39 million or four cents per share for the quarter ended Sept. 30.

The result compared with a profit of US$294 million or 30 cents per share in the same quarter last year.

With files from the Canadian Press 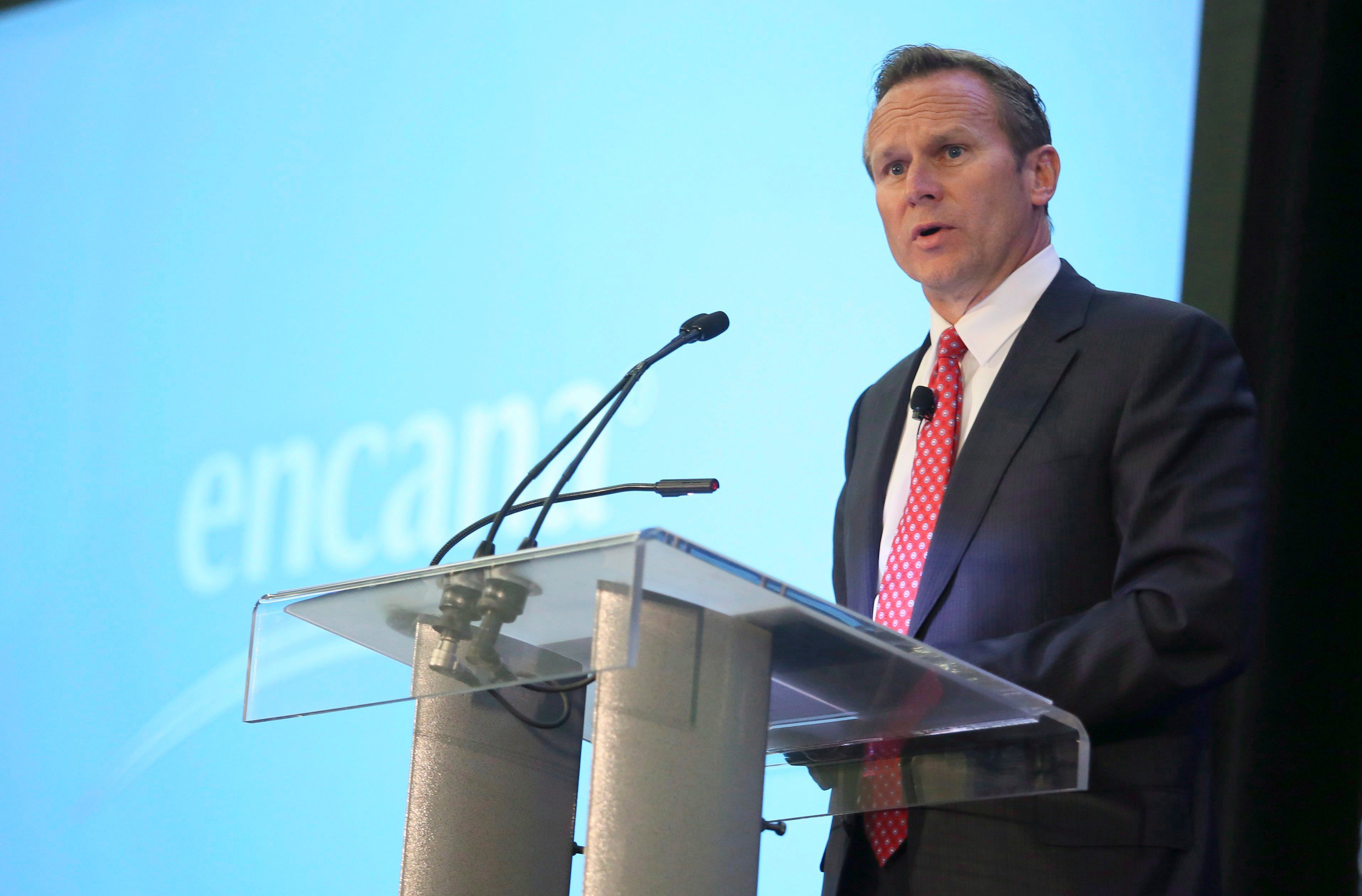 Should the federal government be alarmed that Encana is eyeing the U.S. for growth instead of Canada