Only about 40 per cent of estimated cash flow is being allocated to capital investment this year, according to a survey and calculations published by the Bank of Canada on Monday. That’s far less than in previous commodity booms, the bank said in a quarterly report on the business outlook.

Several factors are behind the decision not to boost spending, the central bank said. After years of financial struggle, energy companies are focused on repaying debt and increasing payouts to shareholders. Labor is tight and oilfield services companies are seeing high staff turnover. And the transition to cleaner energy “creates uncertainty about demand for hydrocarbon resources over the long life cycle of projects,” the bank said.

Capital spending growth in the sector will be “modest” over the medium term, firms told the Bank of Canada. The exception is the Newfoundland offshore industry, which may see a significant boost after Prime Minister Justin Trudeau’s government approved a US$12 billion project that’s led by Norway’s Equinor ASA. 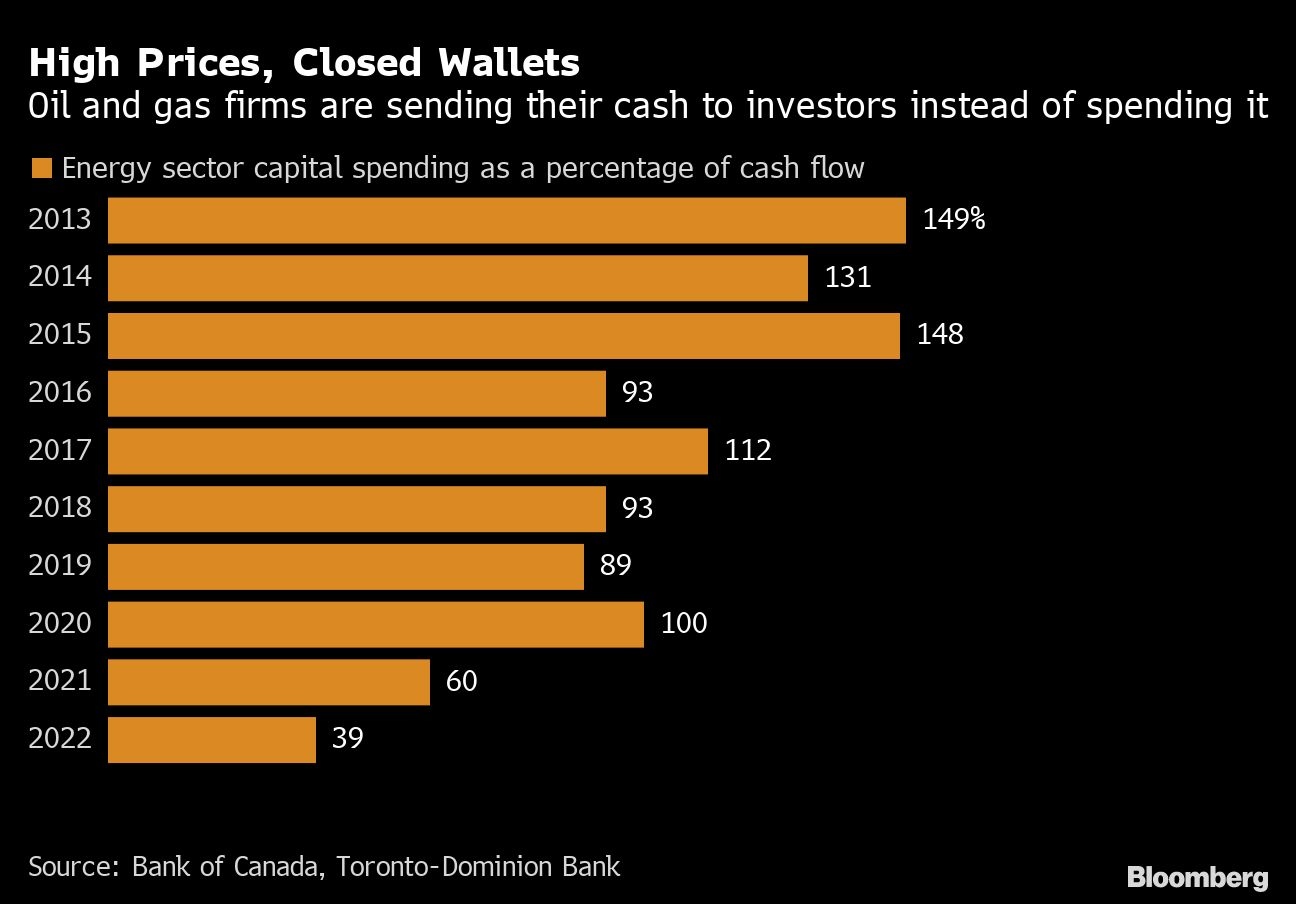