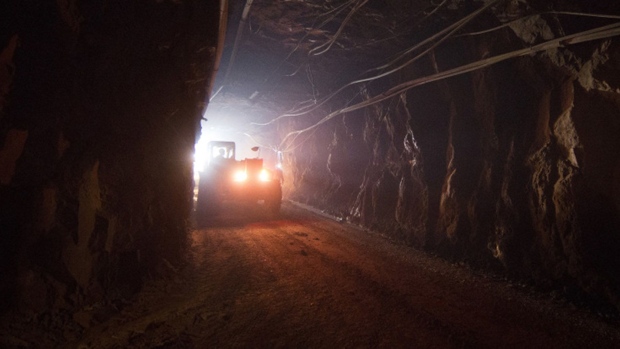 (Bloomberg) -- The world needs more mines to meet demand for copper and other battery metals required to shift to less polluting energy sources -- even if such moves are seen as environmentally unappealing, according to Hudbay Minerals Inc. financial chief.

Any credible prognosis shows that copper faces a structural deficit of five to seven million tons starting in the next three or four years, Hudbay Chief Financial Officer Steve Douglas said Wednesday at Bloomberg’s Canadian Fixed Income Conference. And yet, any energy transition can’t happen without copper, he said.

“The table is being set at least for those metals that will contribute to the decarbonization of the world,” Douglas said. “You’re going to have to either stimulate or allow to be built an awful lot of the extractive-type industries that would get the scarlet letter in the environmental side -- you’re not going to decarbonize the world without it.”

The ability to build mines in a world where extractive resource industries has become more challenging as investors put greater weight on the environmental credentials of metals producers, while social issues including dealing with local communities have also been under the spotlight. That adds to industry challenges that include supply disruptions and rising costs of raw materials.

“We certainly have seen it in some of the commodities that have gone up and reached peak highs earlier this year, such as lumber, such as steel and such as iron ore that have since come down,” Iamgold Chief Financial Officer Daniella Dimitrov said during the panel. “Certainly that would suggest that the inflation that we’re seeing is supply-chain driven, disruption driven.”

Rising costs are affecting efforts by Toronto-based Iamgold to build a mine in northern Ontario, Canada.

“We started construction in July of 2020 and we certainly have seen some of the cost pressures that we’ve just talked about in copper, in steel, particularly also in labor,” she said, noting that Covid-19 impacts on productivity led to higher labor costs. “We’ve certainly seen it in energy as well, not just in Canada but in our operations in South America and in Africa as well.”

Shipping has also been a problem, an issue Hudbay is experiencing firsthand.

“We’ve had a couple of occasions where you’ve had to push folks to honor their contracts because of the costs of global shipping have just gone through the roof,” Hudbay’s Douglas said, adding that he’s heard stories of three and fourfold increases in global shipping. Shipping delays even affected Hudbay’s mill refurbishment at its Snow Lake operation in Manitoba, Canada.

“Delays cost money,” he said. “These delays definitely put a kink and add additional costs to what it is you’re trying to do.”