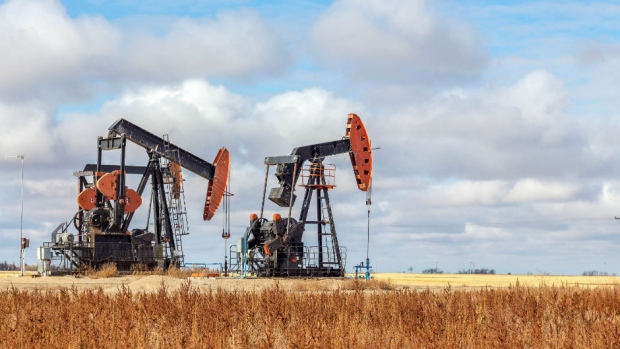 Nexen's new owner may not be keeping its promise to Canadians.

When Ottawa approved CNOOC Ltd.'s $15.1-billion takeover of Nexen in 2012, Industry Canada forced the Chinese state-owned company to accept several conditions aimed at quelling widespread public concern over selling Canadian resources to foreign governments. Two and a half years after China's largest-ever foreign acquisition closed, the company has at least partially failed to keep up its end of the bargain.

"It is obvious that CNOOC lost its argument for having complied with Ottawa's conditions," Duanjie Chen, a research fellow at the University of Calgary's School of Public Policy who published a paper in 2013 arguing for strict limits to be placed on future Chinese takeovers of Canadian resource companies, said in an emailed response to questions from BNN.

Among the conditions CNOOC committed to meeting in order the keep Ottawa's blessing included listing CNOOC shares on the Toronto Stock Exchange, maintaining Nexen's Canadian headcount (re: no mass layoffs) and, perhaps most importantly given recent developments: an adherence to the highest standards of safety and regulatory compliance. BNN made multiple requests to Industry Canada over the past month asking if the government remains satisfied with CNOOC's compliance efforts and the following reply was received late Tuesday.

If the Feds have indeed been monitoring the company's activities since the deal closed in early 2013 to ensure it remained a net benefit to Canada, here is what they would have seen:

TSX listing: While the company did follow through on this pledge, CNOOC's Canadian trading debut on September 18th 2013 was lackluster at best. Just 17 trades were executed on the company's first day of TSX trading under the ticker 'CNU', representing just 904 shares. The stock's daily trading volume has plummeted since then, averaging just 53 shares per day. Shortly after the debut, AltaCorp Capital's Dirk Lever summed up the reaction among Canadian market watchers in three words: "What a joke!"

Keeping Canadian staff: Barely one year after the deal closed in April 2014, the company dismissed Kevin Reinhart, Nexen's then-CEO while the takeover negotiations were being worked out, and replaced him with an executive from China. It took several months for the Chinese chief executive to obtain the necessary permits allowing him to relocate to Calgary. One year later, in March of 2015, Nexen cut 400 jobs with the majority of the layoffs (about 300) being among Calgary-based staff. The same month, Nexen closed its oil-trading business unit, which meant another 100 Canadian jobs were lost.

Safety/regulatory compliance: It would be especially difficult for CNOOC to argue it has adhered to the highest standards of safety and regulatory compliance. In July, one of the company's newest and most advanced pipelines spilled more than 31,000 barrels of sand, bitumen and contaminated water into Alberta muskeg, representing one of the largest pipeline spills in Canadian history.

The spill went unnoticed for as long as two weeks before it was detected visually by a contractor who happened to be walking along the Kinosis Pipeline's right of way. Surerus Pipeline, the Fort St. John, B.C.-based contractor that installed Kinosis in late 2014, maintains that it followed the plans it was given by Nexen and had "no involvement" in the project following installation.

Then late last week, as part of the ongoing investigation into that spill, the Alberta Energy Regulator (AER) ordered Nexen to shut down 95 pipelines operating in the same area as Kinosis after discovering widespread non-compliance with reporting requirements for pipeline maintenance. The precise degree of the company's regulatory failure remains unclear. As BNN has been reporting since Monday, the order effectively halted all production from Nexen's flagship Long Lake facility though the company refused to confirm that until late Tuesday evening.

Nexen declined to comment on CNOOC's efforts to comply with Ottawa's takeover conditions.

Part of the reason Ottawa eventually agreed the transaction would provide a net benefit to Canada was because Nexen had long struggled to get Long Lake running at its nameplate capacity of 72,000 barrels per day (bpd) as an independent entity. The logic was CNOOC, with its vast global resources, had deep enough pockets to fund Long Lake all the way to full capacity. Yet, as recently as June 2015, within weeks of the Kinosis pipeline spill, Long Lake production was averaging just 50,000 bpd, or barely two thirds of its nameplate capacity.

Chen argues the layoffs were likely unavoidable given the downturn in the global energy market. However, she argues Canada's experience with a foreign state-owned enterprise buying a large swath of Canada's natural resources provides a valuable learning experience.

"The CNOOC-Nexen case should be and will be forever remembered for its historical lesson," Chen said. "No investment originated from any government should be accepted without an extremely tight level of scrutiny."