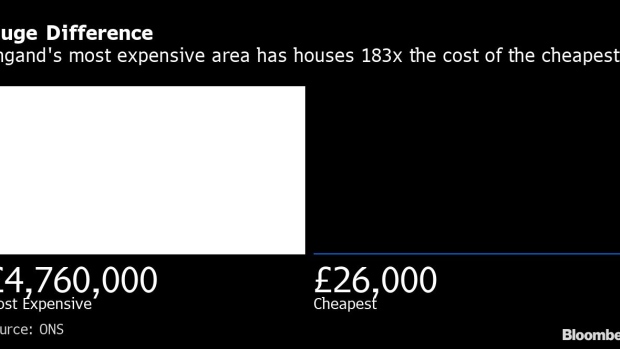 Residential properties in Pimlico in London, UK, on Monday, June 20, 2022. The price of London's swankiest properties gained the most in more than seven-years last month as returning demand for city center homes tempt sellers to cash out. , Bloomberg

The figures released by the Office for National Statistics on Wednesday underscore the vast difference in prices between the top end of the market and the bottom.

In the Campden district of Kensington and Chelsea in central London, the median price was £4.76 million last year.

That amount of money would buy many homes in the cheapest areas -- one each in the 89 most affordable districts in England. The lowest priced across those almost 35,000 places was in Sunderland, where the median price was just £26,000.