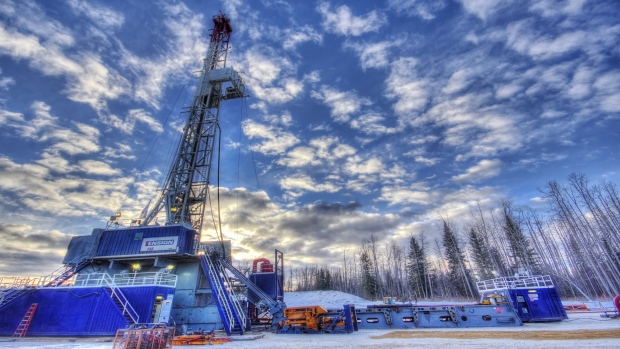 CALGARY - The president of drilling contractor Ensign Energy Services Inc. blames the federal government's “dismal” COVID-19 vaccine distribution plan in part for a poor recovery in its activity in Canada compared with its operations in the United States.

Furthermore, says Bob Geddes, the company is having trouble getting its workers back into the field in Canada because government programs are paying them to stay at home.

“Canada's dismal vaccine procurement plan, or lack thereof, has continued to keep the economy on pause and created some challenges with field labour,” Geddes said on a conference call to discuss first-quarter results on Monday.

The Calgary-based company had hoped to put 40 to 45 of its 92 Canadian drilling rigs to work in the first quarter but the count actually peaked at 36, he said.

Hopes of 250 active rigs for the industry in Canada in the quarter, traditionally the busiest because frozen ground allows access to backcountry drilling sites, fell well short, too, he added, with peak activity stalling after hitting only 186 rigs.

Current benchmark U.S. crude oil prices of around US$65 per barrel and natural gas prices of about US$3 per million British thermal units have improved the outlook for the oilpatch after the severe contraction last year, but the sector is recovering more strongly in the United States than in Canada, he said.

“Canada does have its macro vaccine issues and lockdowns that affect areas,” Geddes said on the call.

“Everyone is having some challenge getting entry-level people to come to work when we have a government that is willing to pay them to stay at home. That of course creates some labour inflation.”

Ensign reported a loss attributable to common shareholders of $43.6 million in its latest quarter compared with a loss of $29.3 million a year ago, as its revenue fell 43 per cent to $218.5 million, down from $383.9 million.

Ensign said its loss was partly offset by a $4.7 million Canada Emergency Wage Subsidy from the federal government.