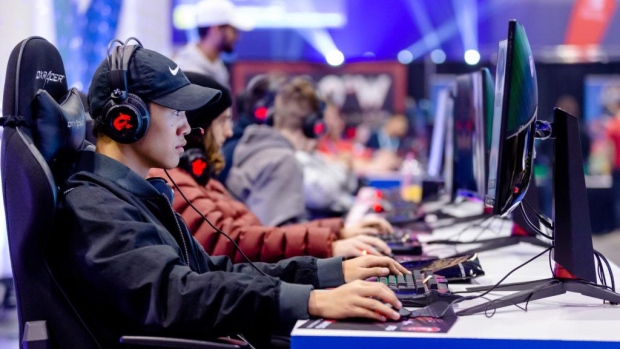 The gaming industry is colossal — there are more than 2.5 billion gamers around the world, and the gaming market is set to grow to USD$196 billion by 2022 alone! With a CAGR of 9 per cent for the period 2018–2022, this industry has become a legitimate rival to the traditional sports market.

To compare earnings, the global sports market generated USD$488.5 billion in 2018, whereas the global gaming industry hauled in USD$135 billion. While both segments are projected to see significant growth in the short term, the gap is poised to shrink as gaming solidifies itself at the “heart of the entertainment business,” according to Newzoo.

The gaming industry is also thriving based on its growing and diverse audience base. For instance, 65 per cent of American adults play video games, and the average gamer is only 34 years old.

Transforming the gaming world one acquisition at a time

Within this massive industry, Enthusiast Gaming (TSX.V: EGLX) is building the largest vertically integrated gaming media and esports company in the world.

As a newly listed public company by way of its merger with Luminosity Gaming, J55, and Aquilini GameCo, the company is on track to make this global vision a reality. One of the new conglomerate’s goals will be to build out a central gamer data source from its three divisions (media, events, influencers), to facilitate brands and advertisers.

Regarding the company’s merger and acquisition strategy, Menashe Kestenbaum, President and Founder of Enthusiast Gaming explains, “Enthusiast has an aggressive growth strategy through accretive acquisitions, which allows us to scale the business quickly and effectively.

“Our strategy is to acquire the leading digital communities across the entire gaming ecosystem, which keeps our platform diversified and agnostic. It also provides us with significant competitive advantage against anyone trying to enter the space.”

The company’s largest acquisition to date, The Sims Resource, is the leading female gaming website in the world generating $7 million in revenue and $5.25 million in EBITDA (2018). “This acquisition provided us with immediate access to the growing female gaming demographic and 2.5 billion page views a year. The Sims Resource also has a unique subscription model, which generates recurring monthly revenue from over 60,000 subscribers. We see this as an opportunity to adopt a similar model across our network of 85 websites to drive future revenue growth,” Kestenbaum notes.

“Enthusiast has an aggressive growth strategy through accretive acquisitions, which allows us to scale the business quickly and effectively. Our strategy is to acquire leading digital communities across the gaming ecosystem, which keeps our platform diversified and agnostic.”

What Enthusiast’s merger means for esports

Enthusiast’s merger will make the company a leading publicly traded esports and gaming organization with $22 million in pro forma revenue on the closing of the merger backed by $55 million in financing, with a combined global audience reach of approximately 200 million.

So, why is this merger so significant, and why did Enthusiast partner with AquilliniGameCo? How, exactly, will this benefit the company in the long run?

Well, since Enthusiast’s successful monetization strategy and wealth of analytical data covers an abundance of demographics into the broader gaming industry, the company’s knowledge can be combined with Luminosity’s influencers and esports properties to create a unique gaming ecosystem.

The fact that Enthusiast is merging with AquilliniGameCo gives the company a huge boost to diversify and expand its presence across more than merely sports and entertainment, but potentially include food and hospitality, living, and more.

Enthusiast is also party to a long-term services support agreement with Vancouver Arena Limited Partnership (VALP), pursuant to which VALP will provide Enthusiast with a broad range of marketing and business support services, including corporate partnership and selling support, retail support, brand association and marketing support (to be provided by Canucks Sports and Entertainment), and more.

Apart from a company perspective, when taking a holistic look at the esports and gaming industry, it’s clear that sentiment towards gaming is growing. The industry even has tech giants Amazon and Google wanting in on the action!

What’s more, esports is also being compared to professional sports — hockey, baseball, you name it — in terms of garnering millions of fans around the world

For instance, in 2017, the League of Legends tournament garnered more viewers than the MLB World Series, the NBA Finals, and the NHL Stanley Cup Finals! This would have been unheard of a few years ago.

Kestenbaum explains, “The size and scalability of our ecosystems are a significant competitive advantage. Enthusiast’s online presence of 150 million visitors, combined with Luminosity's rich content creation reaching over 60 million followers, will be invaluable for us moving forward.”

Enthusiast’s merger is expected to provide further significant strategic and financial benefits to the company including, but not limited to expected margin improvement, involving a combination of the net funds from the Private Placement and cash-on-hand that may be used to repay all or part of the Sims Resource Deferred Payment, as well as an enhanced capital market profile through the closing of the transactions.

Enthusiast is also growing their fan base and subsequently their customer base through seven strategies which include the following:

• Mergers and acquisitions: Grow the size of Enthusiast’s fan base, and better engage with them to increase revenue and profitability

• Expand the EG Live division: Build on the success in Toronto and bring similar events to New York, Chicago and the Pacific Northwest

Apart from the company’s strategic growth model, Enthusiast has five key business segments that enhance the company’s overall expansion plans. They include the following:

Advertising: The company operates an advertising network for brands targeting the gamer demographic; generating over 30 billion advertisement requests per month.

Data and Adtech: The company has built a proprietary adtech platform around a tech-enabled gamer data platform.

Leading esports Franchise: Luminosity Gaming is one of the most popular esports brands offering a subscription growth model that leverages content and player access to increase subscriptions.

Add in celebrity endorsement from Canadian recording artist, Tory Lanez, and the top esports athletes and influencers including YELO and the company has all the right ingredients to reach success.

Enthusiast’s skyrocketing success and popularity is catalyzed by Menashe Kestenbaum, President of Enthusiast, who began his career in video games when he was 13 years old, writing for IGN, a large gaming media site. Kestenbaum launched his first gaming blog called “Nintendo Enthusiast” in 2011, which subsequently became the foundation of Enthusiast Gaming today.

Adrian Montgomery, CEO of Enthusiast, has also been instrumental in Luminosity’s new partnership with Enthusiast. As ex-President of Canucks Sports and Entertainment, Montgomery brings decades of knowledge about sports and what it means to be a dedicated fan.

Steve Maida, President of esports at Enthusiast, built the popular esports franchise from the ground up and was responsible for finding talent like “Ninja,” one of the world's top Fornite players.

With its merger between Aquilini GameCo and Luminosity completed, Enthusiast Gaming is on the right path towards dominating the gaming industry. Through its clear growth objectives, diverse revenue streams, acquisitions, partnerships, and more, the company is building a world-class gaming company that cannot be replicated.

Investors should look forward to more company updates as Enthusiast continues to scale and add to its roster.