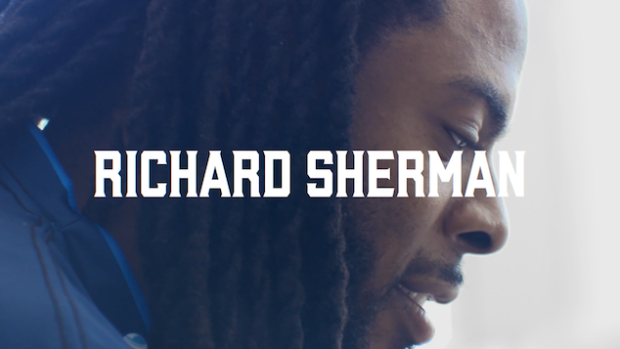 Sherman will contribute to building out Enthusiast’s professional player roster, as Captain of Luminosity’s eSports organization. , Image courtesy of Market One Media

Traditional sports leagues are capitalizing on the growing esports industry for good reason. esports has become a giant in its own right, especially since it is set to exceed $3 billion in revenue by 2022. Right now, esports is laying the integral foundation in which many opportunities can arise for other industries, especially when it comes to brand investments, sponsorships, and more.

When thinking of this colossal industry, one major company is making strides to build the largest community of authentic gamers.

Moreover, the fastest growing platform continues category-leading unique visitor growth of +107 per cent and views growth of +148 per cent year-to-date for its owned and operated property.

The company is certainly making waves in the gaming and esports industry with their robust growth strategy. After announcing and completing one of the most significant mergers in the sector, Enthusiast Gaming also acquired non-controlling interests in the Vancouver Titans and the Seattle-based Call of Duty team.

The company also announced their partnership with Richard Sherman, NFL cornerback for the San Francisco 49ers, four-time Pro Bowl and 2014 Super Bowl Champion, as a shareholder of Enthusiast Gaming and global ambassador for the company’s esports brand, Luminosity Gaming.

“Luminosity is one of the most successful eSports brands in the world, and I’m excited to be a part of it! As a brand ambassador and team captain of Luminosity, I plan to bring my competitive spirit and love of the game to the eSports organization.”

With his new role, Sherman will help support Enthusiast’s growth and success while partnering with the Luminosity brand. Sherman will attend Luminosity and Enthusiast Gaming live activations throughout the year and will challenge other NFL players to team play with the company’s Call of Duty team, which is based in Seattle, Washington.

As announced on September 13, 2019, Enthusiast, in partnership with Canucks Sports and Entertainment, reached an agreement with Activision Blizzard to own and field a Seattle-based team in the newly franchised Call of Duty® eSports league, wherein Enthusiast holds a non-controlling interest in the new team. Sherman will play a large role in ensuring this league performs well, and that it garners interest from professional athletes, among many other eSports influencers.

Activision’s mobile version of Call of Duty, set to release in North and South America, and Europe on October 1st, is being developed by a game studio under Tencent, a Chinese conglomerate considered to be the gateway to the Chinese gaming market for many Western developers. Although Chinese players won’t be able to get their hands on the game just yet, there stands to be tremendous potential for the game to succeed in China. The game will be able to accommodate matches of up to 100 players and can be played either in first or third-person.

Enthusiast is also working with the Vancouver Titans, a professional eSports team, which the company has a non-controlling interest in, who recently competed in the Overwatch Grand Finals. The event took place on September 29th, in Philadelphia at the sold out Wells Fargo Arena

The #1 ranked Vancouver Titans team competed in its first season of the Overwatch League, with a season record of 25-3.

The addition of Sherman to the Luminosity roster, coupled with the continued success of Enthusiast’s teams, puts the company in a great position to foster future growth and command worldwide influence.

Make sure to follow the company online to stay informed on all the latest news and updates!