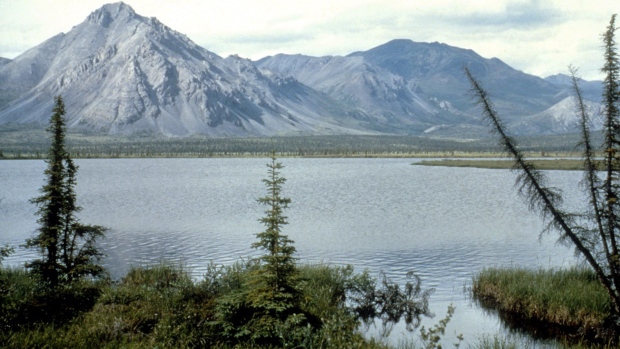 (Bloomberg) -- Environmental groups are asking a federal court to block the Trump administration from selling oil drilling rights in the Arctic National Wildlife Refuge next month.

The groups on Tuesday filed a request in federal court in Anchorage for a preliminary injunction to prevent the Interior Department’s planned Jan. 6 auction of oil and gas leases across the refuge’s 1.56-million-acre coastal plain.

The intervention could be critical to ensuring President-elect Joe Biden is able to fulfill his campaign promise to protect the refuge. Once the Trump administration conducts the auction, any formally issued leases become legal contracts with the federal government that would be difficult for the Biden administration to revoke.

Niel Lawrence, Alaska director and senior attorney for the Natural Resources Defense Council, said there was no justification for the Trump administration to hold an auction on its way out the door.

“There is no explanation for this rush to give away the heart of our largest and most iconic wildlife refuge, except that this crew wants to ruin it forever, while they still can,” Lawrence said.

Representatives of the Interior Department didn’t immediately respond to an email seeking comment.

Congress mandated the government hold at least two Arctic refuge oil lease sales by Dec. 22, 2024, in a bid to raise money offsetting the cost of the 2017 tax cuts.

But environmentalists and indigenous Alaskans, including Gwich’in people who consider the area sacred, say the Trump administration is rushing oil leasing at the risk of spoiling a wilderness home to calving caribou, migratory birds and other species.

They were already challenging the Interior Department’s August “record of decision” formally authorizing an oil auction. But they’ve also taken issue with how Interior’s Bureau of Land Management has moved ahead with a sale in recent days -- including scheduling it before the close of a 30-day window for oil companies and the public to weigh in on what tracts should be made available.

The agency previously had given oil companies until Dec. 17 to make recommendations and told a federal court that it would publish a notice of sale scheduling the auction “subsequently” if it decided to hold one. That notice of sale was issued Dec. 7.

Companies and investors that want to participate have until Dec. 31 to submit sealed bids of at least $25 per acre, with the bureau set to open the offers on Jan. 6.