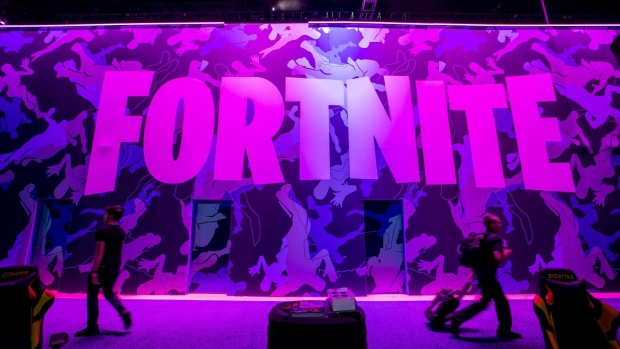 (Bloomberg) -- Epic Games Inc. was prevented from widening its fight with Apple Inc. over access to its popular Fortnite video game after a U.K. judge said the case couldn’t continue in London.

Epic had submitted a complaint to the U.K.’s antitrust tribunal at the end of last year, saying Apple’s decision to remove the game from the iPhone maker’s App Store was unlawful. The judge ruled Monday that while the U.S. was a better forum for the Apple dispute, a similar U.K. suit against Alphabet Inc.’s Google could move forward.

Epic has sought to pursue the two tech giants in court and with regulators around the world in an effort to reinstate the battle royale video game. It was dropped from app stores after trying to circumvent payment systems with its own in-app purchases.

Epic said it will reconsider pursuing Apple in the U.K. after the ruling.

“We are unwavering in our commitment to stopping Apple and Google’s anti-competitive practices and will continue to fight for fairer app distribution globally,” a representative for the firm said in a statement.

Epic filed a complaint with European Union regulators earlier this month, saying that Apple shouldn’t be able to “block or tax a transaction” through other payment services.

Apple’s position as a gatekeeper for what apps can appear on iPhones or iPads has already attracted EU antitrust scrutiny. Regulators across the world are also increasingly concerned about the control some large internet platforms have over smaller firms that depend on them.