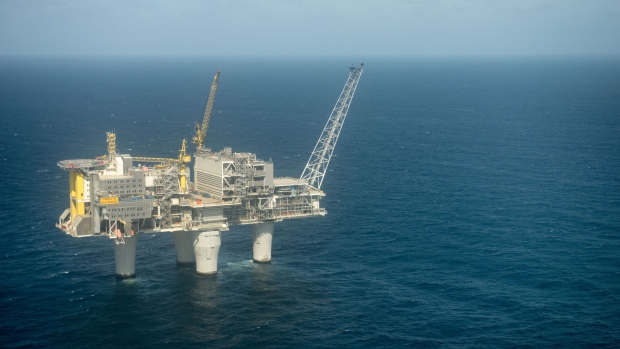 The Troll A natural gas platform, operated by Equinor ASA, stands in the North Sea, Norway, on Wednesday, May 16, 2018. Statoil has changed its name to Equinor to reflect its mutation into a broader energy company. , Carina Johansen/Bloomberg

Equinor ASA’s new boss plans to boost renewable-energy spending targets with the aim of making the Norwegian state-controlled oil giant the industry leader in the transition to a cleaner future.

“We have said that we will increase renewables tenfold by 2026, and we will triple that by 2035,” Anders Opedal, who will take over at the Stavanger-based company in November, said at a press conference in Oslo on Monday. “I think we can do more. I am willing to reallocate capital to make it happen.”

Opedal’s appointment to replace Eldar Saetre comes with a mandate to accelerate Equinor’s transformation into a broader energy company as pressure grows on the industry to act on climate change. The company was already planning to increase spending on new-energy solutions, and Opedal, whose incentive pay will be linked to climate targets, signaled that could increase even more rapidly than previously envisaged.

Equinor’s aim to increase its oil and gas production by three per cent annually on average from 2019 to 2026 remains intact, but petroleum output will eventually drop, Opedal said.