U.S. stocks erased losses to trade higher Thursday, with investors finding refuge in large-cap American technology shares, as a decline in oil prices eased concern Russia’s invasion of Ukraine would result in an immediate worsening of the inflation picture.

The S&P 500 added 1.5 per cent, the Nasdaq 100 gained 3.4 per cent and the Dow Jones Industrial Average was 0.3 per cent higher after teetering on the edge of a correction as the conflict with Russia cast a pall over global markets. The Stoxx Europe 600 fell 3.3 per cent and Russian shares slumped the most on record.

Russian President Vladimir Putin said Russia doesn’t plan to “occupy” its neighbor as military forces entered, accompanied by missile and artillery fire, but that action was necessary after the U.S. and its allies crossed Russia’s “red line” by expanding the NATO alliance. U.S. President Joe Biden responded with additional sanctions Thursday and said the U.S. would release more strategic oil as conditions warrant.

“Russia invading Ukraine has added to an already tense year, with investors selling first and asking questions later,” Ryan Detrick, LPL Financial chief market strategist, said. “But it is important to know that past major geopolitical events were usually short-term market issues, especially if the economy was on solid footing.”

West Texas Intermediate crude pared back advances of as much as 9 per cent to 1 per cent. The yield on the 10-year Treasury yield slid to 1.96 per cent. Gold reversed previous gains. Elsewhere, the dollar and yen jumped as the euro and commodity-linked currencies retreated. 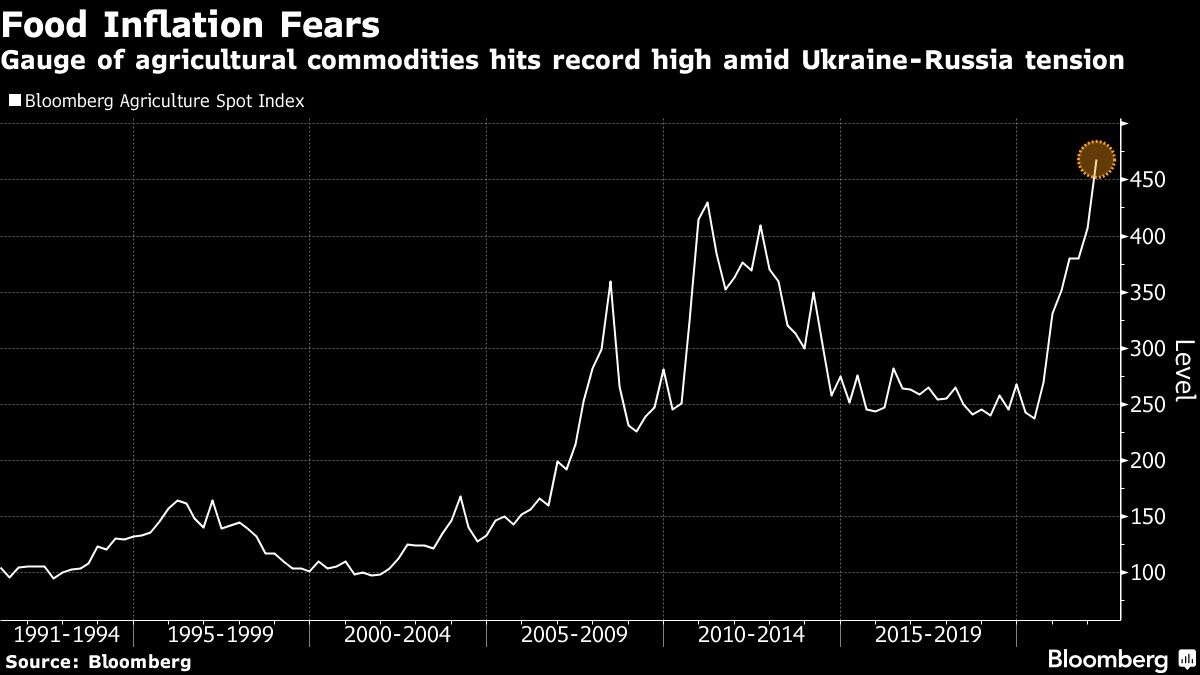 The conflict threatens to disrupts the cost of raw materials and food globally as Russia remains a commodity powerhouse and Ukraine is a major grain exporter. Earlier in the session, natural gas in Europe rose as much as 62 per cent while metals spiked, piling on inflationary pressures.

“Central banks around the world have really taken a concerted effort to tamp down inflation without significant disruption or without the likelihood of monetary policy mistakes,” said Keith Buchanan, portfolio manager at Globalt Investments. “If we have inflation pressures accelerating at the same time that growth prospects diminishing, that’s definitely concerning.”

Such a backdrop heralds fresh challenges for a global recovery that was already struggling with elevated prices and tightening monetary policy. Money market indicators for inflation expectations are rearing up again. Two-year breakeven rates on U.S. Treasury inflation-protected securities -- or the difference between those yields and the ones on typical Treasuries -- are at the highest since Bloomberg started compiling the data in 2004.

“This is a triple-hit to the global economy, with a toxic combination of higher inflation, lower economic growth, and greater uncertainty,” Ben Laidler, global markets strategist at eToro, said. “The only silver lining is growth is strong, a buffer to any slowdown, and policymakers and investors already prepared for high inflation.”

Investors remain worried that Fed tightening could choke expansion in the world’s largest economy. Cleveland Fed President Loretta Mester said a U.S. rate hike in March remains appropriate, barring an unexpected turn, while Atlanta Fed President Raphael Bostic said he’s open to four or more rate hikes, depending on the data. Expectations for six quarter-point hikes by the Fed this year remain in line with what was priced in before the attacks on Ukraine.