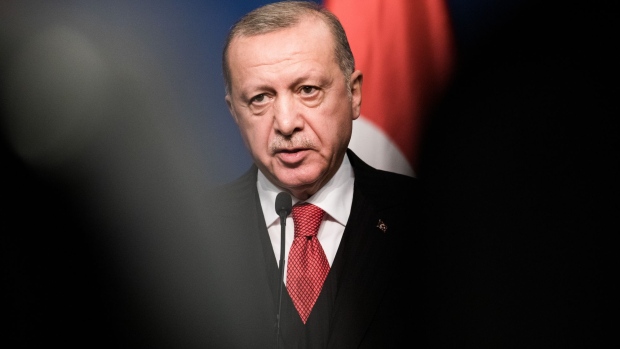 Turkey has abandoned old policies based on high borrowing costs and a strong currency in the name of slowing inflation, and instead shifted to a new set-up that prioritizes greater investments, exports and strong job creation, Erdogan said on Monday.

“We were either going to give up on investments, manufacturing, growth and jobs, or take on a historic challenge to meet our own priorities,” he said after a cabinet meeting in capital Ankara.

While most central banks are talking of tightening policy as the global recovery fuels a surge in prices, Turkey’s decision to slash 4 percentage points off borrowing rates since September has rattled markets and frustrated investors who complain its monetary policy is becoming increasingly erratic and unpredictable.

The president holds the unorthodox mantra that high borrowing costs cause inflation rather than curbing it, and he has demanded a so far receptive central bank cut rates even while price gains race along at near 20%.

Erdogan’s pledge to double down on his most recent push for cheaper funding by the nation’s central bank sent the lira tumbling after Turkish markets closed. The currency dropped as much as 2.1% to 11.4767 per dollar and was trading 0.9% lower at 11.3804 at 7:56 p.m. in Istanbul.

Below are some of the main elements from Erdogan’s speech:

Erdogan’s ruling AK Party has for decades based its electoral success on rapid levels of economic growth, often driven by reducing borrowing costs to encourage credit expansion. When the economy sank during the pandemic, support for Erdogan and his party also fell to all-time lows, prompting him to redouble efforts to propel growth though rising prices are hurting his traditional working class base the most.