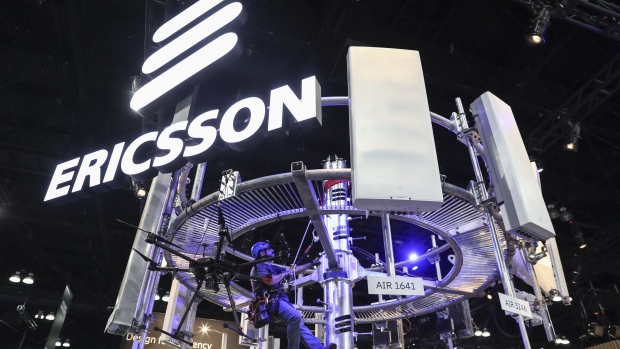 (Bloomberg) -- Ericsson AB is nearing a resolution of a long-running U.S. corruption investigation, according to two people familiar with the matter, a deal that could cost the telecommunications equipment maker more than $1 billion.

Such an agreement, which the people said could be announced this week or next, would end probes by the Justice Department and the Securities and Exchange Commission into potential bribery in six countries where the company did business. In September, Stockholm-based Ericsson said it had set aside 12 billion kronor ($1.2 billion) to cover U.S. penalties.

The head of the Justice Department’s criminal division hinted at an imminent resolution during a speech Wednesday at the American Conference Institute’s Foreign Corrupt Practices Act gathering in Maryland. Without naming Ericsson, Assistant Attorney General Brian Benczkowski said a corporate case to be announced soon would enable the Justice Department to finish the year with a total of about $1.6 billion in FCPA recoveries. A $1.2 billion penalty payment divided between the Justice Department and the SEC would be consistent with that figure.

The Justice Department declined to comment. Ericsson representatives in the U.S. didn’t immediately respond to a request for comment.

Ericsson has said it’s been cooperating with U.S. investigators since 2013. It hasn’t disclosed details of the conduct under investigation, though it said at the time that the probe related to a payment system used to win contracts in the 1990s. It said in September that the investigation covered a period ending in the first quarter of 2017 and involved FCPA breaches in China, Djibouti, Indonesia, Kuwait, Saudi Arabia and Vietnam.

Ericsson is moving to resolve the probes as it competes with Nokia Oyj for 5G network supply contracts and tries to take advantage of a U.S.-led boycott against Huawei Technologies Co., an Ericsson rival. Ericsson said in July that the first big deployments in Asia would gradually pull down margins, although not enough to jeopardize profit targets for 2020.

A penalty of $1 billion or more would put it near the top of FCPA cases and above penalties assessed against other telecommunications companies. Telia Co. paid $965 million in penalties in 2017 after admitting to paying hundreds of millions of dollars in bribes to a government official in Uzbekistan.

To contact the reporter on this story: Tom Schoenberg in Washington at tschoenberg@bloomberg.net