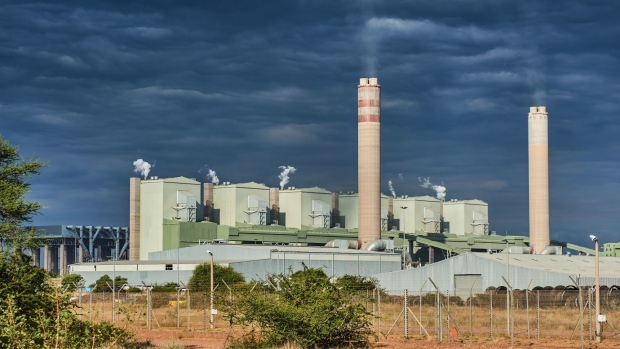 South African power utility Eskom Holdings SOC Ltd., which is struggling to find cash to keep its generators running, paid billions of rand in penalties on a coal contract at one of its newest plants.

The payments on Eskom’s take-or-pay contract at the Medupi plant for the dirtiest fossil fuel reached 9.7 billion rand ($561 million) in November, the company told parliament’s Standing Committee on Public Accounts on Tuesday. The utility’s previous attempts to renegotiate the deal with Exxaro Resources Ltd. were rejected by the mining company.

A coal stockpile at the site stood at 17.6 million tons at the end of November, the utility said. “Eskom will, thus, incur further take-or-pay penalties if Medupi Power Station cannot burn the minimum contractual volumes.”

Medupi and Kusile are the newest coal-fired facilities owned by Eskom, but delays and defects at the plants have stifled their nearly 9,600 megawatts of combined capacity, leaving the nation more vulnerable to power outages. They’re expected to contribute to South Africa’s power grid until the 2070s.

Eskom also reported that negotiations for Kusile’s coal supply with Seriti Resources Holdings Ltd. are advancing and the parties agreed to a three-year supply deal as they work toward a decade-long contract.

The fuel will be trucked to the Kusile station until a conveyor into the stock yard is constructed and commissioned, a project that’s expected to be completed around the middle of 2024, Seriti said in an emailed reply to questions.

(Updates with background in 5th paragraph, response from Seriti in last)