Esports are more popular than ever. Should investors get in on the game? - BNN Bloomberg 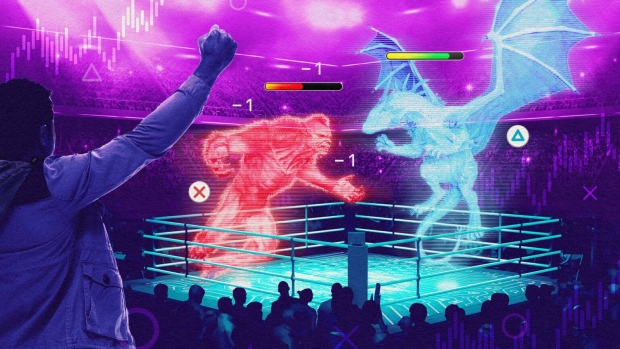 When you say esports, you mean video games, right?

Yes, but so much more than playing video games with your pals in the family room! Electronic sports grew out of online video games, becoming organized competitive video gaming. Today these are now frequently viewed in the same way as traditional spectator sport — except, instead of watching physical events, spectators watch egamers compete against each other. Esports are to video games what Major League Baseball is to T-ball. And like baseball, amateur involvement and big-league visibility contribute to the success of this sport category. Professional egamers compete in multi-player video competitions. While competition between players has long been a big part of video games, over the past few years esports have grown to become an engaging form of mass entertainment. In addition to streaming competitions across a variety of platforms, fans have demonstrated an interest in watching esports live at a stadium. In Richmond, B.C., Canada’s first purpose-built esports stadium opened in 2019 — a clear signal that esports are becoming a spectator sport as well as a potential new source of revenue for the video game sector. As gaming continues to expand well beyond home computers, even universities and colleges across North America are establishing intramural esport leagues.

How many people are tuning in?

Researchers estimate 474 million people around the world tuned in to esports in 2021. A little perspective? That’s more than the entire population of the U.S. The total competitive gaming audience is expected to grow to over 570 million by 2024. In Europe alone, esport viewership grew by about 25% in 2020 from the previous year. That international reach is important because it provides a way for esport franchises to build global fan bases and organize more events online. Traditional sports franchises are also paying attention: In FIFA’s recent report on the state of soccer worldwide, it acknowledged the potential revenue possibilities of expanding FIFA branded soccer to the virtual pitch.

As esports join the big leagues, are there big bucks involved?

Industry watchers anticipate revenues from esports will be in excess of US$1 billion this year — of that, over $800 million will come from media rights and sponsorship. Professional egamers may not look like elite athletes, but they are building a gaming organization that is inspired by the professional sport playbook. Compared to MLB revenues of US$10 billion prior to the pandemic, esport revenues may seem like small potatoes, but some analysts are forecasting strong growth of esports and egaming streaming revenue between now and 2025.

Moreover, as esport leagues continue to build a fan base, some gaming companies are insisting eteams have a physical location and even a stadium where competition can be viewed in person. This is beginning to have a corollary benefit for regional tourism and hospitality industries.

Does this fall into a bigger shift in consumer interests?

The Pew Research Centre reports that 90% of American teenagers play video games on a variety of platforms which includes computers, consoles, and cell phones. The research also notes that 43% of Americans play video games. Not surprisingly demographics are driving growth — 55% of all U.S. egamers fall between the age of 18 and 39.

The Gen Z cohort continues to have a significant impact on the sports and entertainment industry. Yet media consumption habits within this group are considerably different than older generations. For example, only 25% of Gen Z’ers watch traditional broadcast television. The person sitting on the bus beside you could very well be watching a live-streamed esport event on his cellphone. They no longer need to sit at home to see the game (and yes, it is more likely to be a guy watching esports. Research shows 72% of all egame fans are men).

Another theme esports have tapped into is inclusiveness. Unlike traditional athletes, esport players don’t need to meet specific physical standards to excel. Location isn’t a limitation either — global growth offers egamers the opportunity to play against other players regardless of their geographic location. This global reach is a factor in keeping fans and amateur players engaged. In addition, storylines about the personalities of professional players and their teams help maintain fan interest and drive growth.

How are investors currently participating in this sector?

Typically, with any sector, investors can consider whether they want to hold specific companies in their portfolio or a basket of similar stocks, such as purchasing an ETF or mutual fund.

What are some of the risks to your esport investing avatar being shot down?

Esports is an emerging industry, and without a long track record, it’s appropriate to consider these companies as speculative investments. Many esport start-ups have eagerly tapped into public markets to access capital, but very few have a revenue track record. A comparison can be made to the launch of marijuana companies, many of which went public in early stages of development, only to discover they faced significant barriers to achieving profitability.

Successful esport professionals pay attention to detail. They look for specific patterns within their game, and then figure out how to bypass those patterns. That can be good advice for investors too. DISCLAIMER: The information contained herein has been provided by TD Direct Investing and is for information purposes only. The information has been drawn from sources believed to be reliable. Graphs and charts are used for illustrative purposes only and do not reflect future values or future performance of any investment. The information does not provide financial, legal, tax or investment advice. Particular investment, tax, or trading strategies should be evaluated relative to each individual's objectives and risk tolerance.
TD Direct Investing is a division of TD Waterhouse Canada Inc., a subsidiary of The Toronto-Dominion Bank.
All trademarks are the property of their respective owners.
® The TD logo and other trade-marks are the property of The Toronto-Dominion Bank.