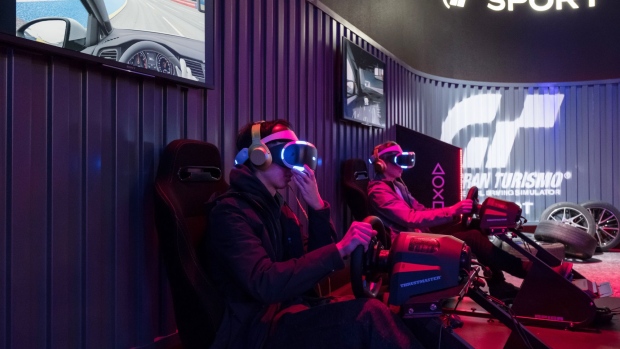 Competitive videogames may have moved closer to becoming an official Olympics sport after the International Olympic Committee announced plans to hold a virtual esports event ahead of the Tokyo Games.

The Olympic Virtual Series will run from May 13 to June 23 and include events featuring baseball and racing videogames, according to a statement Thursday. This will be the first licensed Olympic esports event, though not part of the Games itself. Details of how to participate in the Olympic Virtual Series will be announced at a later date, it said.

Konami Holdings Corp.’s Powerful Pro Baseball 2020 and Sony Group Corp.’s racing simulator Gran Turismo will be among the games featured, while Peloton Interactive Inc. rival Zwift, a startup valued at more than US$1 billion in a funding round last year, will be involved in a cycling event. Virtual competitions for rowing and sailing will also be featured, with the holders encouraging “online mass participation” that competitors can join from home or training facilities.

Esports organizers have long called for the growing activity to be added to the Olympics. Even before the pandemic boosted the profile of videogames worldwide, IOC President Thomas Bach said esports could one day be considered for inclusion in the Olympics. Those aspirations got a boost when the 2022 Asian Games in Hangzhou, China, decided to name esports as a full medal event. Revenue from the global esports market is forecast to top US$1 billion this year, up almost 15% from 2020, according to data from market researcher Newzoo.

With just three months to go before the Games begin, and as Japan plans to declare a new state of emergency due to rising virus cases, speculation around the fate of the Tokyo Olympics is growing again. Organizers have already decided not to admit foreign fans, while a decision on domestic spectators has been postponed.

Intel Corp., an Olympics sponsor, had planned to host an esports event in Tokyo on the eve of the Games before they were delayed, though it was unclear if the virtual event will still go ahead.