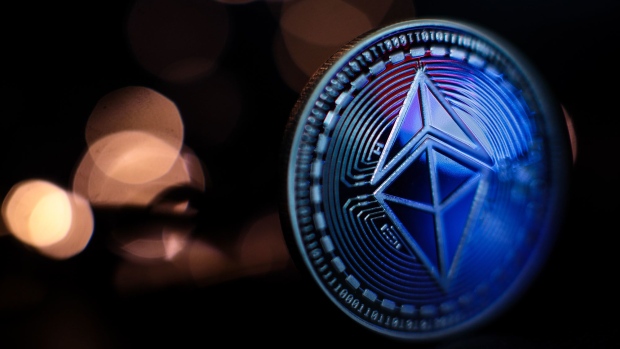 (Bloomberg) -- Ethereum developers are hoping to roll out the blockchain’s next software upgrade around March to allow withdrawals of the cryptocurrency Ether used to secure the network.

Some 15.57 million Ether, or nearly 13% of all the tokens, has been locked in special staking wallets that help order transactions on the Ethereum blockchain, according to crypto data tracker Dune. The network is the biggest commercial highway in crypto and home to thousands of apps. The owners of staked Ether receive yield, but are unable to withdraw their coins until the upcoming software upgrade, called Shanghai.

Enabling staked Ether withdrawals is expected to drive more users into staking, and to further improve security of the network. The prior upgrade known as the Merge replaced Ethereum’s power-hungry computers called miners with so-called validators in September.

“This is clearly the highest priority for everybody,” Tim Beiko, who coordinates Ethereum developers, said Thursday, during the last developer call of this year.

Ethereum developers have often delayed upgrades to make sure they go smoothly, so the timing of the upgrade could still shift.