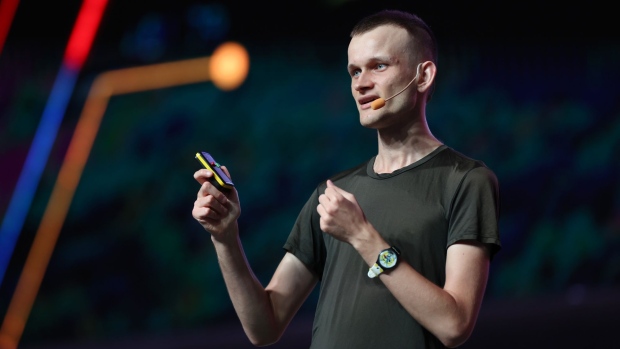 Vitalik Buterin, co-founder of Ethereum, speaks during the Singapore FinTech Festival in Singapore, on Thursday, Nov. 3, 2022. The conference runs through Nov. 4. , Bloomberg

(Bloomberg) -- Ethereum co-founder Vitalik Buterin has proposed a new system that would allow the blockchain’s users to generate obfuscated addresses and receive funds privately on the network.

The new system can provide more privacy for user activities ranging from money and financial transactions as well as non-fungible token transfers by allowing users to create “stealth addresses” where they can conduct private transactions with a special code.

Buterin’s proposal came as regulators ramped up scrutiny on obscured transactions on a variety of blockchain-based platforms, including the world’s most used network Ethereum. Tornado Cash, a popular cryptocurrency service that allows users to mask their transactions on Ethereum, was sanctioned by the US Treasury Department in August after North Korean hackers relied on it to launder illicit gains.

“In practice, using the entire suite of Ethereum applications involves making a significant portion of your life public for anyone to see and analyze,” Buterin said in a Jan. 20 research blog. “Improving this state of affairs is an important problem, and this is widely recognized.”

Ethereum is one of the largest permission-less public blockchains where transaction data is available for anyone to track and analyze. Blockchain forensics companies are able to identify owners of certain wallet addresses based on that data. Financial regulators and law enforcement can use blockchain analytical techniques to find hackers and illicit financial transactions.

However, some Ethereum developers have raised concerns about surveillance by regulators since one of Tornado’s developers was arrested in Amsterdam after the crypto transaction-mixing protocol was sanctioned. The developer was suspected of being involved in concealing criminal financial flows and facilitating money laundering through the protocol.