Ether, the second-largest cryptocurrency, could climb more than sevenfold to US$10,500 after reaching a record this week, according to Fundstrat Global Advisors LLC.

Strategist David Grider’s prediction is based in part on the popularity of the related Ethereum blockchain for so-called decentralized finance applications. Ethereum has also made progress toward a network upgrade would allow it to process a similar number of transactions as Mastercard Inc. and Visa Inc.

Ether is “the best risk/reward investment play in crypto,” Grider wrote in a note Tuesday, adding that “blockchain computing may be the future of the cloud.” Risks include setbacks for the network upgrade or a crypto bear market, he said.

Decentralized finance, or DeFi, allows people to do things like lend or borrow funds without the need for traditional intermediaries such as banks. Many DeFi applications are run on the Ethereum blockchain.

Ether rose more than fivefold last year compared with the quadrupling in the price of Bitcoin amid a polarizing crypto boom. Proponents believe digital coins are maturing as an asset class, while detractors say they remain prone to rampant speculation and major volatility. 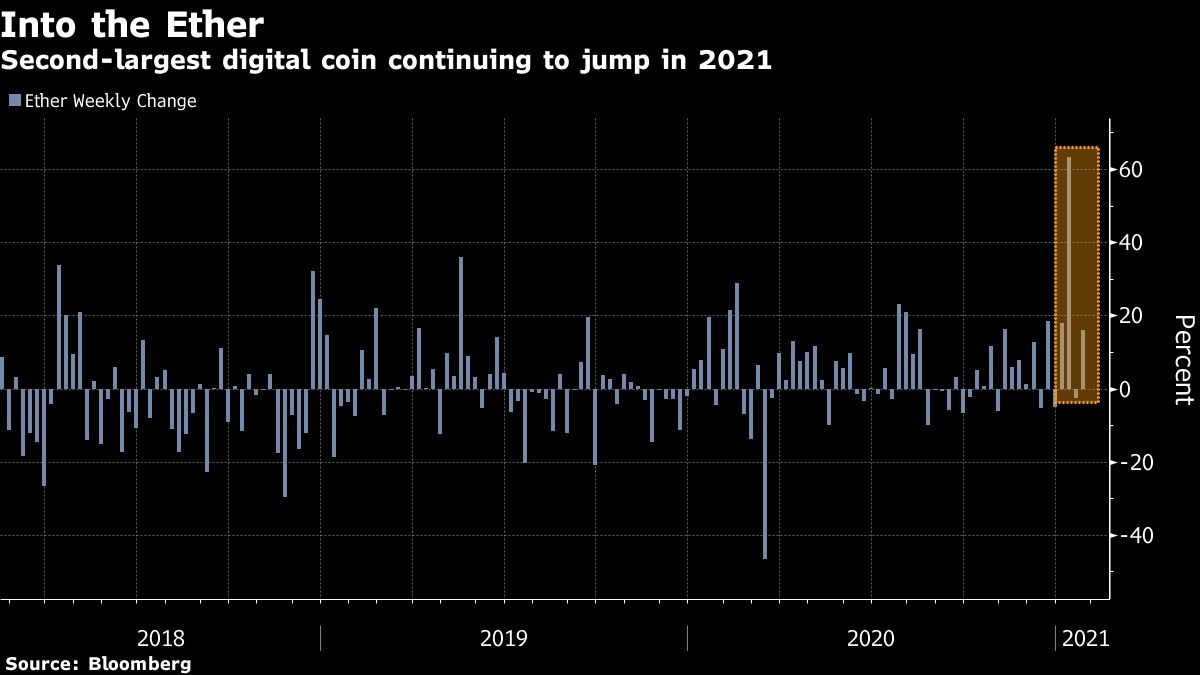