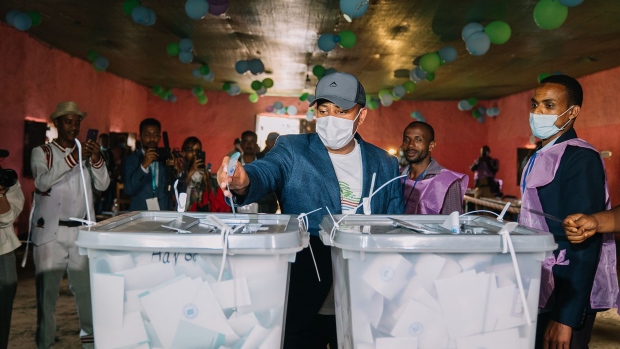 (Bloomberg) -- Ethiopian Prime Minister Abiy Ahmed’s party won almost all the constituencies announced so far from last month’s election, with the outcome of the first set of voting due July 9.

The electoral authority is dealing with numerous complaints that have slowed finalizing the counting of votes, Solyana Shimeles, spokesperson for the National Election Board of Ethiopia, told reporters Monday.

Abiy’s Prosperity Party won all 50 constituency results for Oromia region, the country’s largest, and 10 of 12 others previously announced. The prime minister must win a total of 274 seats to win a majority in Ethiopia’s parliament.

Voting in more than 100 constituencies will only take place in September.