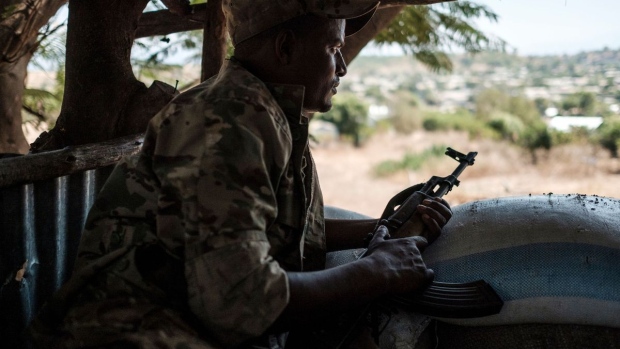 The head of Ethiopia’s army asked officials in neighboring Eritrea to withdraw all of their troops from Ethiopian territory, according to two people familiar with the matter.

Berhanu Jula, the chief of staff for the Ethiopian army, sent the signed letter to his counterpart in Eritrea several days ago, the people said, asking not to be identified because they’re not authorized to talk publicly about the matter.

The request by Ethiopia coincided with a U.S. announcement on Sunday that it’s imposing “wide-ranging” economic sanctions aimed at pushing the Horn of Africa nation to end violence in the northern Tigray region. Thousands of people have died and hundreds of thousands more been displaced since conflict erupted in Tigray in November.

Both the U.S. and the European Union have appealed on multiple occasions for Eritrean troops to leave Ethiopia. Abiy admitted to Eritrea’s presence in the country in March and described the damage its troops had inflicted on Tigray as “unacceptable.”

The Ethiopian government previously announced in March that Eritrean forces would leave their territory, though they’ve yet to repatriate.

Violence engulfed Tigray in November when Abiy ordered an incursion after forces loyal to the region’s dissident ruling party attacked a federal military camp. The descent into violence followed months of tensions between federal and regional authorities.