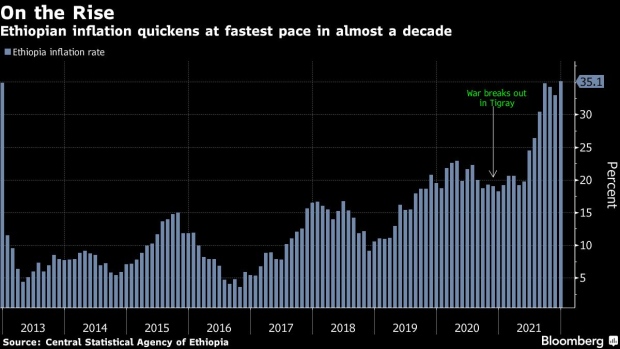 Ethiopia inflation accelerated to the highest level in almost a decade in December as the cost of food surged amid a civil war in the Horn of Africa nation.

The annual rate climbed to 35.1% from 33% in November, according to the Central Statistical Agency of Ethiopia. Prices rose 1.4% in the month.

Food costs increased 41.6% year-on-year, compared with a 28.9% increase in November, mainly due to a jump in the prices of vegetables, meat, milk, cheese, eggs and spices. Those for coffee beans and non-alcoholic beverages also increased.